Green Lantern TV series at HBO Max is in development since last October and a lot of new information about the show has been revealed recently. Greg Berlant who created the CW Arrowverse shows and also the Ryan Reynolds starer Green Lantern movie has been hired once again for the project by Warner Bros.

Green Lantern show won’t be like a regular CW show and in fact, it is having the highest budget among the upcoming DC shows on HBO Max. The streaming service will be launched in May 2020 and prices for subscription plans have already been revealed. There will be a total of around 30 original shows including Green Lantern in the first year of HBO Max which will be increased to 50 by the next year.

As for the Green Lantern trailer, the show is in the early stages of development and most likely the creators can release casting updates or concept art to keep up the hype. Green Lantern release date is currently speculated in late 2020, although it could take much more time and come out in 2021.

Green Lantern TV show will be centered around the two main Lanterns on Earth and will span over several decades. There will be a separate plot thread set in space where the origin story of Sinestro will take place.

That means the Green Lantern Show on HBOMax is connected to the DC Films pic.twitter.com/vkM9iuMDnF

The show will have one experienced Green Lantern and another one will be rookie, most probably Jon Stewart and Hal Jordan. It will show several years of the Green Lantern heroes and could also have crossovers with other HBO Max DC Universe shows. 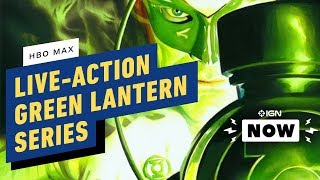