Google Pixel Watch could be entering the smartwatch market very soon as all the competitors have launched their latest products. Apple Watch Series 5, Samsung Galaxy Watch Active 2, Huawei Watch GT2 and more are leading the digital industry of smartwatch.

Why aren't Google Pixel watches a thing? I don't want an Apple watch

You can combine @fitbit, @habitica, @hellodaylio & @fiveminutejour after you buy them all out and have a great addition to @GoogleHealth! I think we're on to something!

While Google doesn’t produce a watch of its own and only provide the Wear OS operating system to other brands such as LG, Huawei, and Samsung, there are reports that the tech giant is coming up with its own product known as Google Pixel Watch. Here is everything you need to know about the Google Pixel Watch specs, features, OS, release date, price and other details for the Google-made smartwatches.

Google Pixel Watch will be based on the same formula as Pixel smartphones, with a simple and elegant design that focuses on smooth user experience. It will surely have Qualcomm Snapdragon Wear 3100 processor or higher with the code name “Black Ghost” for the operating system. The circular display for Google watch could be 1.2-inch in diameter with 360×360 resolution and no rotating bezel.

The Pixel Watch series would be great in power management as Google will use all their latest invention in the smartwatch. Google’s Wear OS will be the basic operating system that can easily connect with Android mobiles and even iPhones. There are also reports that the Google Pixel Watch will have Google Assistant and Diana (digital+analog) touchscreen support.

Google Pixel Watch release date is something every tech enthusiast is waiting for but there have been no official reports on the launch. Earlier, it was reported to happen in October 2018 Google annual event, but the company decided to focus on tie-ins and other products instead.

The next possible release date for Google Pixel smartwatches is now speculated to be around fall 2021 during the October Made by Google event next year. Google will make sure to keep ahead in the competition and the Pixel Watch could have a price of around $350 to $450 in line with Apple Watch Series and Galaxy smartwatches.

Google recently bought Fitbit for $2.1 billion and it has been considered as a major step in developing their own smartwatch. Fitbit is a wearable company that mainly focuses on manufacturing sports and health-related smartwatches and Google taking over is an indication that Google Pixel Watch would be the next product to come out. 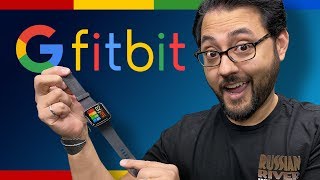