Google is going to its host this year Google I/O 2019 in a few days in its hometown California. This annual conference is the biggest event of the year for Google by every means because this time more important things are at stake.

Since Google I/O 2018, Google has been in quite an amount of trouble ranging from workers protest to the work it is doing in China.

For those of you who don’t know Google was heavily criticized for designing a censored search engine (known as Project Dragonfly)  so that they can finally launch in China. This event would also provide an opportunity to the CEO Sundar Pichai to clear things up.

So let’s take a look at the possible announcement that Google is going make in this year’s developer conference.

Every year Google releases a new flavor of Android for the software developers in March. However, the search giant makes a specific announcement like the name of the new flavor to the features of the OS in the developer conference.

Android Q is already been released in beta for all the Google Pixel device and you can check it out by signing up for the beta programme.

For the past couple years the search giant used the Google I/O event to showcase the upcoming features for its AI Google Assitant.

Last year they unveiled the new Assistant voices which included John Legends. However, what got the major attraction of developers and people was Google Duplex.

Google Duplex is an artificial intelligence technology that can speak like a human. The Duplex can make a call on behalf of the user for tasks like fixing an appointment.

Last Month Google unveiled its cloud gaming service, Google Stadia. There is a lot of information that has not been provided on the launch and we hope to get a look at the service again.

The conference will be held in the Shoreline Amphitheater which is very close to Google’s global headquarters in Mountain View, Calfornia.

Google sells the ticket to the event using a lottery system because of the overwhelming demand. The winners of the lottery have been announced. So if you were not lucky enough then you can livestream the event.

The main keynote of the event mainly headed by Sunder Pichai himself will be live-streamed for the viewers on Youtube.

You can also find the link for the livestream on Google I/O 2019 webpage. 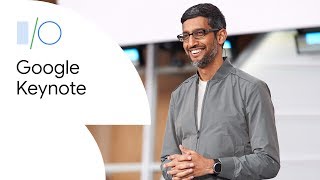