Game of Thrones season 8 ending is of interest to every fan out there. And there have been numerous fan theories and predictions about it. But, Nikolaj Coster-Waldau, the actor who plays Jamie Lannister, might have just revealed it to everyone. He recently appeared on the Ellen show and she asked him to provide a short summary of the show in 30 seconds.

Did Nikolaj give away the Game  of Thrones season 8 ending?

A little preview first: Waldau focused all his answers on BranStark. Now, there are a lot of theories that Bran might be the Night King. But, Waldau said this:

“A guy has lost the way in his life and he receives help from a really great guy. So, Jaime Lannister pushes him from the top floor to the ground. Then, this guy realizes that he has to do something with his life. So, he becomes this magical creature, the Three-eyed Raven, who can see the future and the past and saves the world. And all of this happens because of a great guy called Jaime Lannister.” 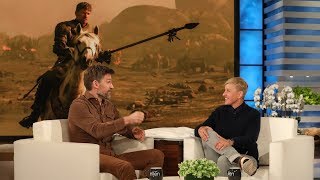 Now, all that is fine. But, did you catch the spoiler part where the Jamie Lannister actor says that Bran will save the world? Till now, Bran has made discoveries and predictions but he hasn’t really been of much help. So, Waldau might have given a huge spoiler about a Game of Thrones season 8 ending.

Also, a lot of Youtube comments agree with this theory about the Game of Thrones season 8 ending. People started commenting that Bran might be very important and that Waldau just gave away the ending for GoT. And there was a compelling comment that said that Bran will foresee the future. He will tell everyone where they went wrong and lost the battle. Then, they will take a different approach and achieve victory.