The popular Twitch streamer Tyler Belvins aka Ninja has given his thoughts about the whole Fortnite vs Apex Legends comparison and we couldn’t agree more.

Apex Legends vs Fortnite, which one does Ninja thinks is better?

As we all know, Ninja is primarily known for playing Fortnite on Twitch. However, just like other streamers, he did try the brand new Apex Legends out.

After playing the game he has said that the two games cannot be compared. Ninja has explained his stance on the matter. He did that on a live stream on February 16th where he explained that neither game is better than the other.

Apex Legends vs Fortnite, which one does Ninja likes?

Ninja said that Fortnite is just a better game overall. He said that was why he just loved it. He continues that Fortnite offers more as you can play cross-platform which allows you to play with your friends wherever you are.

Ninja said that he was playing Apex Legends because it was a new fresh release. The game broke all sorts of records when it garnered over ten million players in the first three days of release. 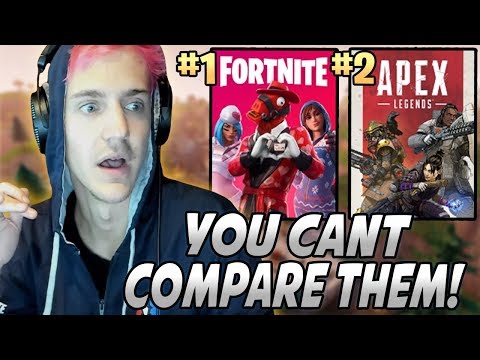