Last year, Facebook, seemingly for no rhyme or reason, decided to carry out what has since been known as ‘the purge’. Here, the company took on some of the biggest pages on its platform and for arbitrary reasons decided to unpublish these pages. While half-baked explanations were provided by Facebook later on – most of the pages never really recovered and even those who did noticed a significant fall in their reach and their engagements.

It now appears that a second major wave of Facebook Purge is on its way as Mark Zuckerberg’s strange anti-publisher stance continues to grow.

Stranger Things at Facebook: Pages Being Restricted and Banned

A number of content publishers and page owners have been getting a strange new warning message from Facebook saying that posting content on their page has been restricted and once the restriction period is lifted, the page gets unpublished by Facebook.

Reportedly, even big pages which have never had a copyright-related issue or a warning before are on the receiving end of the Purge. Pages which were spending over $10,000 in advertising on a monthly basis are also being taken down by the company. Some people guess that their pages might have been taken down because the profiles of the editors or the admins might have been flagged but that does not seem like a valid explanation for why the page has been taken down.

Some page owners noticed that they are no longer allowed to post stories on their page and even ad breaks aren’t being allowed. This is a scary reminder of the time that can be recalled as The Purge of 2018 – and it looks like Facebook’s on its way to an encore in 2019. For reasons that are clear to absolutely no one, a major bloodbath has been carried out by the social media giant.

However, the only thing that it ends up doing is that Facebook is actually hurting its own revenues by unpublishing major pages which have a clean record and are paying customers of their advertising platform.

@facebook Hello. You guys never reply for those who appeal for unpublished page anymore? What’s the solution as i need mine with my page. Contact me if you willing to help check my case.

What has irked many publishers who were on the receiving end of the purge was that Facebook has been violating privacy-related guidelines for so many years. Their advertising policies are being internationally criticized, as recently observed in the incident involving Elizabeth Warren’s ad where she promoted an ad that basically said that Zuckerberg endorses Trump. However, her point was that it was so easy on Facebook to create a fake story about anyone and publish it for campaign gains.

It appears that after this incident, Zuckerberg and co. have decided to take a corrective measure here by unpublishing some of their biggest pages without giving a thought to the larger picture here. Stay tuned with us for more updates on Facebook Purge 2.0! 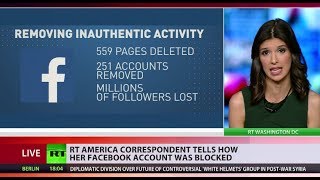