Prince of Persia video game is once again into the limelight. It begins resurfacing online as a 8 years old uploaded video of unreleased Prince of Persia Redemption started collecting attention from the fans.

It was affirmed by former Ubisoft Montreal developers – Jonathan Cooper to be- “test footage for a cancelled Prince of Persia pitch”. The flick shows similar elements from the game series comprising platforming and time-altering combat.

The video game franchise – Prince of Persia was created by Jordan Mechner back in 1989. This franchise is developed around a series of action-adventure games focused on various incarnations of the Prince.

The leaked footage of the game on YouTube in the year 2012 soon came to focused suddenly. As it turned out to be – was a genuine project but got cancelled before getting general public attention.

Overseen Prince of Persia Redemption footage is all about

The video starts with the captioning Ubisoft Montreal. As it begins it displays a beautiful realistic desert beauty. Soon the character appears is presumed to be the prince. Then suddenly enemies start appearing from everywhere. He starts jumping and thrashing around using his magical sword upon enemies on his way to a giant monster coming beneath the city.

Wow – haven't seen this in ages. Amazing work from animation director Khai Nguyen (For Honor) and team. This target game footage (pre-rendered game pitch) inspired our own pitch for Assassin's Creed 3 as they did such a great job making it look like real gameplay. https://t.co/U9cy7v4fNp

A veteran animator – Jonathan Cooper approved the legitimacy of the viral video. He also and contributed to The Last of Us Part II at Naughty Dog. After noticing the surfaced footage online, he Tweeted the footage was a ” pre-rendered game pitch” overlooked by then-Ubisoft Montreal animation director Khai Nguyen and wasn’t actually gameplay.

“The team did such a great job making it look like gameplay”, he added. Cooper also said that the team that took a lot of efforts to look it as real gameplay. He also mentioned that it inspired him for a similar pitch for Assassin’s Creed III.

“Sadly Ubisoft are generally quicker to cancel Prince of Persia games than others IPs because AFAIK original creator Jordan Mechner still holds license rights so the profit margins are lower. Would love to see a new one though. I’ve always wanted a PoP set in contemporary Iran.”

Following up the comments on Twitter, Marc-André Belleau- Ubisoft’s Assistant Technical Director, also commented and expressed how the uploader got their hands on the video. 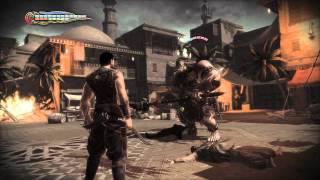