Dragon Ball Super Chapter 58 plot will focus on the arrival of Goku on a perfect time and saving all his friends. Moro has gotten a lot stronger and has not wasted his energy in the petty fights, but instead is waiting to challenge the Super Saiyan warrior. Gohan and Piccolo will need Goku’s help in their fight against Saganbo in “Dragon Ball Super” Chapter 58 of the manga series.

Even Yamcha’s team might assistance in their fight against the bad guys and Goku will help all his comrades. It will all lead to Moro getting an alert that Goku has arrived on the battlefield and he might challenge him for a fight. Dragon Ball Super Chapter will most probably show the start of Goku vs Moro fight which might continue till Chapter 59 in the manga series. 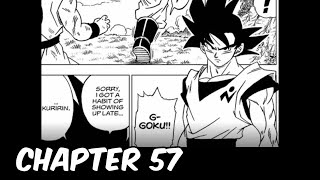