Dragon Ball Super Chapter 56 is the next in line for the manga series and fans are eagerly waiting for the next installment. The latest issue of Dragon Ball Super in the form of chapter 55 was released on December 20, 2019, and it will be almost a month for chapter 56 to come out in the stores.

Last time I checked, Dragon Ball Super was the only one that broke the servers of every anime streaming site at once. https://t.co/R6I2Wm6Gfv

The last Dragon Ball Super chapter involved a time skip and the pacing was much better than the previous issues. Toyotaro had done an amazing job with the Dragon Ball sequel manga series and the next chapter is going to be way better. Here is everything you need to know about Dragon Ball Super Chapter 56 release date, time, plot spoilers, raw scans leaks and ways to read the manga online.

When Goku trembled with rage turning Super Saiyan for the first time! 💥 pic.twitter.com/sosULiXEXO

Goku is back once again and has been training hard to stop any kind of incoming threats on the earth. The Super Saiyan God and their powers will also be explored in Dragon Ball Super chapter 56.

Dragon Ball Super Chapter 56 is available to read for free on MangaPlus and the Shonen Jump app and other official platforms as a part of V-jump magazine. Hence, one must read every Dragon Ball Super chapter from the official sources as it will help the creators. 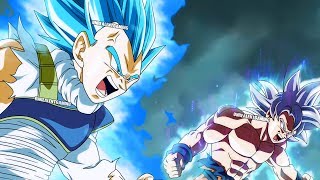