In a major turn of events for the Donald Trump presidency, the allegations from a whistleblower report put forward by the congressional panel indicate that the US President might have used the powers of his office to influence Ukraine to get involved in the 2020 US Presidential Elections!

If these allegations against him are true, this basically means that Donald Trump used his influence to put his personal interest over the needs of the nation and might have even compromised the security of the US by doing so.

The whistleblower’s complaint is now public. It’s devastating. Trump and his thugs made it clear to Zelensky that he needed to “play ball” with Trump’s anti-Biden desires if he wanted to get the defensive weapons Congress had voted to supply.

Contents of the Whistleblower Report

The report was made public just hours ago and it names three major names in it. Reportedly, Donald Trump urged Volodymyr Zelenskiy, the president of Ukraine, to start an investigation upon Joe Biden, who is currently his primary rival from the Democratic side. Two other major names in this report apart from that of Trump are that of US Attorney General William Barr and Rudy Guiliani, Trump’s personal lawyer and former New York City Mayor.

This Whistleblower complaint basically contains the transcript of a call made by President Donald Trump to the President of Ukraine where he told his Ukrainian counterpart to launch an inquiry over Biden and his son, who worked in a Ukraine-based drilling gas company. It also points out that the White House tried to bury this report!

The House should cancel its break and start impeachment proceedings now. As the whistleblower made clear: Every day Trump is in office, our democracy is less safe. We can’t wait to act.

Could This Whistleblower Report Lead to Trump’s Impeachment?

There is a serious chance of Donald Trump facing major impeachment heat this time around over the whistleblower controversy. Now that the report has been declassified and made public, it will be hard for Trump to keep making excuses! However, Trump survived the Russian collusion – and there is every chance his Presidency might just survive for another year as the impeachment process might take quite some time! 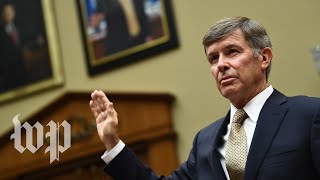