Diablo 4 is coming very soon and fans of this dungeon crawler game series are very excited for the next installment. Blizzard Entertainment announced Diablo IV game at the Blizzcon 2019 and the gameplay looks amazing. There have been a lot of new upgrades and improvements in Diablo 4 and Blizzard has made sure not to repeat the mistakes of Diablo 3. Here is everything you need to know about the Diablo 4 release date, trailer, gameplay, features, classes and more updates.

Diablo 4 trailer was released on November 1, 2019, and it gave the first glimpses on the gameplay of the video game title. But Blizzard didn’t announce any release date for Diablo 4 and it is expected to take a few years before gamers can play the action-adventure game. Luis Barriga, the game director at Blizzcon explained that a game of this scope takes time and as such it won’t be coming out soon, not even Blizzard soon.

Blizzard has not provided any release date window for Diablo 4 and based on the previous announcement, fans will have to wait for some time. Diablo 3 was announced in 2008 but it did not release before 2012, the same way Diablo 4 launch date will happen somewhere around 2022 or 2023 for PlayStation 5, Xbox Series X and PC.

Diablo 4 gameplay will have a massive open world where players can roam around 100 villages and towns along with five major zones making up a Sanctuary. As for the new stats, Diablo 4 will include Angelic Power (beneficial effects), demonic power (negative effects), and Ancestral Power (on-hit effects).

The gameplay for Diablo 4 will also include collecting dungeon keys, the addition of mounts, dedicated PVP zones, and greater death penalties. Diablo 4 will have five main character classes: Barbarian, Druid, Sorceress, Amazon and Paladin. The players can wield four weapons at a time and can shift into a werewolf, werebear, and human forms. 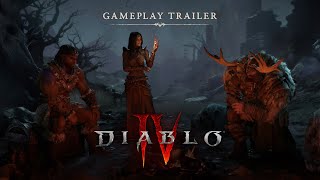