Demon Slayer: Kimetsu no Yaiba Chapter 203 will show whether Tanjiro turns into the demon king or his friends can stop the transformation. Muzan in his dying moments was able to transfuse his blood into Tanjiro’s cells and now they are both fighting to get control of his body. Nezuko arrived on the scene but demon Tanjiro bit her on the shoulder and her fate will also be revealed in Demon Slayer 203 manga chapter.

Muzan thinks that Tanjiro will become the strongest demon as he is not affected by sunlight. Tanjiro will fight all his friends in “Demon Slayer” chapter 203 and his fate will be decided based on the cure injected by Kanao. Here is everything you need to know about Demon Slayer: Kimetsu no Yaiba Chapter 203 release date delay, raw scans leaks, plot spoilers, theories and ways to read online the manga chapters.

Demon Slayer: Kimetsu no Yaiba Chapter 203 spoilers suggest that Tanjiro is still somewhat in control of his body as he resisted while attacking Nezuko. But at the same time, Tanjiro attacked Inosuke, Giyuu, and Zenitsu and that means he can’t distinguish between friends and foes. Muzan and Tanjiro will have a mental battle inside his body in Demon Slayer 203 manga chapter and the winner will take control.

Kanao was able to inject a cure in Tanjiro that turns demon back into humans, but she was badly injured and lost her eyes. Fans are hoping that the drug works in “Demon Slayer: Kimetsu no Yaiba” chapter 203 and Tanjiro turns back into his human form.

Demon Slayer: Kimetsu no Yaiba Chapter 203 will release on the next Sunday, April 26, 2020, in stores as per VIZ’s official website. The manga chapter has been delayed as the creators have taken a break due to the COVID-19 outbreak. The raw scans for Demon Slayer Chapter 203 will be leaked out 2-3 days prior on the internet around April 24, but it would be better to wait for the official release.

Demon Slayer: Kimetsu no Yaiba, Ch. 202: Has a new evil been unleashed? Will the joy of victory turn to terror? Read it FREE from the official source! https://t.co/0PeDRE0n15 pic.twitter.com/qrmUX7IuBs

The latest issue of Demon Slayer: Kimetsu no Yaiba Chapter 203 can be read on VIZ media and Shueisha’s Shohen Jump, and Manga Plus official apps, website and platforms. One should always read the manga from their official websites for free as it would help the creators and inspire them to make more interesting stories. 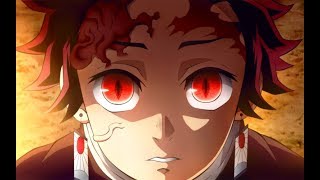