Death Note manga series is making a comeback with a new Revival chapter and fans of the manga are very excited. While other manga series such as Naruto, One Piece and Bleach has been running for several years, Death Note just continued for three years and ended in 2006.

A NEW one-shot of Death Note manga will publish in the next issue of Jump SQ.

It will be 87 pages long, will feature the story AFTER the events of the original Death Note and is written by the original author, the legend Tsugumi Ohba himself! pic.twitter.com/XvKBg6a9NJ

However, Tsugumi Ohba and Takeshi Obata have decided that there will be more Death Note chapters after 14 years of its conclusion. There are a lot of details already out about the ‘Death Note’ revival chapter release date, plot, the number of pages, total issues, English translation and more.

Death Note revival chapter is a one-shot chapter meaning it won’t be released as a weekly series. As per the reports, the manga will come out in the form of a massive book having a total length of 87 pages. Death Note: Revival will be released in the Jump SQ magazine and the release date is currently set as February 4, 2020.

While there is no confirmation on when will the official English version will be out, it is expected soon and one must keep checking Jump SQ’s official website for regular updates. Crunchyroll themselves tweeted about the Death Note manga chapter returning in February issue of Jump SQ after 12 years.

Death Note one-shot manuscript snippet was exhibited in the 30th Work Anniversary of Takeshi Obata Exhibition: Never Complete exhibition. Fans were able to see some parts of the revival chapter and were very excited about the return of this manga.

Death Note is a story about a teenager named Light Yagami who founds a supernatural book called Death Note where you can kill anyone by writing their name. The plot for Death Note revival will start right after the end of the original series and move the story forward. The death notebook will fall once again on earth but it is not clear who finds it and who gets killed. 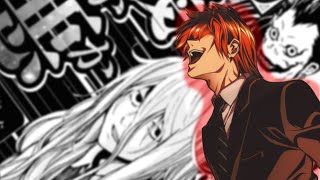