Here is your news of the month.

It seems like David Schwimmer is running out of beers. Just kidding. The police department of Blackpool is searching for a robber who stole from the restaurant Mr. Basrai’s World Cuisines. Coincidentally, the robber was caught on CCTV camera and he has got a striking resemblance with F.R.I.E.N.D.S. alum David Schwimmer. Here is the CCTV Image. 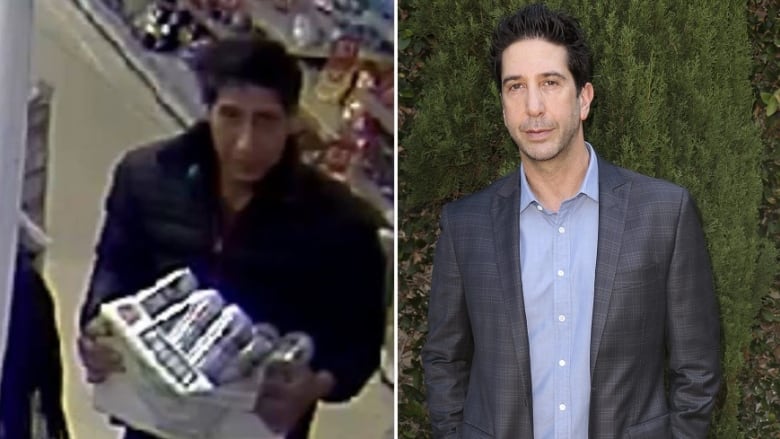 The Blackpool police posted this picture along with a statement on Facebook in which they requested the citizens if they recognize the man in the video. They put up their email address and phone number too.

The news took the Internet by the storm and it was just some hours before it caught the attention of David Schwimmer. David, in his own very FRIEND-ly manner, released a video on his social media accounts clarifying that it was not him. He made a video showing him running away with a bunch of beers and having a clear look at the CCTV camera.

“Officers, I swear it wasn’t me. As you can see, I was in New York. To the hardworking Blackpool Police, good luck with the investigation. #itwasntme.”