The German sci-fi Dark Season 2 is getting mysterious with a new teaser trailer release. The mind-bender show first hit the screens in 2017 and delivered an atmospheric, moody story about a small town in Germany.

The residents there are facing bizarre circumstances which impact not only their present lives, but past and future as well. The finale episode of Season 1 showed that the future is not at all a safe place for anyone.

Dark season 2 will follow Jonas (Louis Hofmann) who was whisked away to the future which is nothing but a dystopian wasteland. This will be the result of the apocalypse that he may witness. The new season will see if that comes true or not. As per the announcement made by Netflix, the show would conclude in Season 3.

The preview is all about the mysterious time travel and explorations made by Jonas. It also includes physical manifestations that may not allow a person to have much control in the time-space continuum.

Have a look at the teaser trailer below! 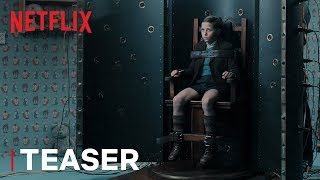 Dark season 2 teaser took a clever approach and focused entirely on Jonas. The viewers also get a look at older and grizzled Jonas, who wasn’t as confident during the first season. But the teaser doesn’t shed much information about the whereabouts of other people.