Cyberpunk 2077 should have released by next month but CD Projekt Red delayed the RPG title for several months. Fans of the game series started to fear that it will receive the same fate as ‘The Witcher 3’ and keep getting delayed again and again.

But recent reports indicate that the role-playing game is on its schedule and will release in fall 2020. Cyberpunk 2077 has been submitted for rating and testing, which means the game reviews will be out soon and the title will launch on the new release date without any additional delays.

Cyberpunk 2077 release date was originally announced as mid-April but it was later shifted to September 17, 2020. CD Projekt Red explained that they need more time to polish the game and make several improvements. Fans have mixed response on the delay but majority them had no problems as it would be better to play Cyberpunk 2077 a few months later, rather than having a poor gaming experience.

We just submitted @cyberpunkgame to age rating agencies around the world (PEGI, ESRB, etc.). While we wait for the game to get rated, we work on polishing technical aspects and playtesting it. Game is looking better and better with each passing day!

CD Projekt Red studio head Adam Badowski announced that “Cyberpunk 2077” is submitted to PEGI and ESRB (rating boards) for review. Badowski in a Twitter post confirmed that the RPG is already in the playtesting stage and teased that the Game is looking better and better with each passing day. It could be a good sign for the game as playtesting means that Cyberpunk 2077 has enough content and the release date won’t be shifted for a second round of delay.

Cyberpunk 2077 also revealed the look of female character V on International Women’s Day 2020. The players will have the option to choose the gender of V as male or female and each of them will have a different backstory.

The game developers confirmed that the boxed art for the game’s physical copies will have a reversible cover with both the male and female versions of V. Cyberpunk 2077 will come out on September 17, 2020, and can be played on Windows PC, PS4, Xbox One and Google Stadia. 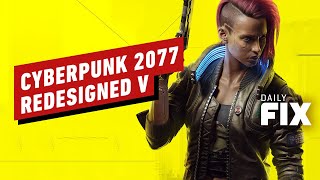