Cure for HIV/AIDS is under research and it won’t be any task given how many rounds of safety clearance it has to pass through. Every new development has to be approved through FDI and other health agencies, human trials and experiments come at the last stage. But it takes a lot of time and many important breakthroughs are either delayed or ruled out due to human safety standards.

This stigma yall have against people with STIs and HIV is really disgusting and shows how childish you truly are. Its half the reason people are scared to even go to the student health center.

Grow up, get tested regularly, get medicated, and stay safe, you dickheads.

In a recently conducted survey, nearly one-quarter of HIV infected patients were ready to risk their lives if it could lead to finding a cure for HIV. HIV positive patients are ready to even die if their life could bring an actual solution and cure HIV-AIDS in the world.

Everyone is Ready to Volunteer for HIV Cure Experiments

HIV cure is always tested on mice and other animals and let’s be honest, the only reason Scientists and Doctors resort to that is because the government has banned human trials. As per the survey, people who are already living with HIV are willing to risk their lives even if it means certain death. “I’m not going to live forever,” said one of the infected interviewees in the survey.

While another one said, “It should be about the next man, the next woman, I should care about other people and if there is a chance that they could be saved, I would gladly give away my life.” Everyone in the HIV community agreed that it would be a great initiative if they could help in any way for finding a cure for HIV and AIDS, saving millions of lives.

Patient Preference should be Considered for Greater Good

The research concluded that it doesn’t mean they will people participate in experiments that would surely kill them but patient preference should be the final factor that determines their roles.

There is also a proposal to include pregnant women in the same clinical research because if they could find a cure where the baby won’t be infected will be a big step in the HIV cure research field. If the infected patients, their families and spouses agree with the research, human trials should be allowed as it could lead to finding a cure for HIV and AIDS. 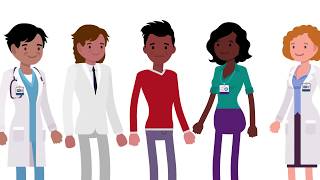