Cure for HIV and AIDS is under research but it would take time and hence researchers are looking at other ways of preventing the disease. There is a simple difference between HIV and AIDS, where HIV is the virus that transmits the disease. AIDS is the condition that later develops when HIV weakens the immune system of a body.

Even though there is no cure for HIV, timely diagnosis and implementation of antiretroviral therapy can suppress the virus to such a level where the infected person can live out a healthy life. If we can have an early diagnosis of HIV, it would be really helpful in preventing late-stage HIV and stopping it from converting to AIDS.

Why Early Detection of HIV is Important?

HIV testing and diagnosis is done through by checking the response of host antibodies to the virus. The tests such as serological assays to detect anti-HIV antibodies and HIV p24 antigen, Nucleic Acid Amplification Test (NAAT) to detect HIV nucleic acids are mandatory recommended by WHO guidelines.

It takes time for a person to develop antibodies against HIV which is usually 4 to 6 weeks after infection. The HIV test can fail to detect the presence of virus sometimes and it can lead to the infected person spreading HIV among others. It is the main reason why early detection of HIV is necessary as it can break the transmission cycle.

Molecular Testing for HIV and Prevention of AIDS

There is a need for the research and development of a cheap and universal testing method for HIV and other such diseases. The remote areas are the most affected as they don’t have proper facilities and people hardly do any regular checkups.

HIV and AIDS are one of the non-curable epidemics of our times and a molecular testing method that gives accurate results is currently under research. The aim is to test people at the early stages and contain the spread of HIV and thus eliminating the disease completely from this world. 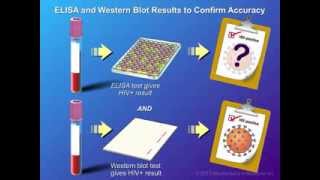