Cure for HIV-AIDS are under research all over the world and there are some solid developments too. But despite the lack of a permanent solution, HIV infected patients can live a long life by using antiretroviral (ART) disease to suppress the virus growth.

Even though ART therapies are not a direct cure for HIV/AIDS, they can minimize the effects control the progress of the disease. There are a few alternative treatments for curing HIV that enables the patients live longer with comfort.

Stem-Cell Transplant: Even though the procedure is still not considered as an HIV/AIDS cure, two patients in the world have been cured with stem-cell therapy. The only reason the method is still not classified as an HIV cure is that not everyone with the virus responded well to the treatment. There are only two patients so far who were able to get rid of the HIV virus from their body and recovered from AIDS.

Lock and Block Method: The following method of HIV treatment traps the virus in its reservoir cell so that it can’t be reactivated at a later stage. It doesn’t eliminate HIV from the body, but since the virus is trapped, it can’t come out and multiply itself and hence the disease is controlled.

Shock and Kill Method: The method is used by the majority of scientists to cure HIV and AIDS until there is a permanent solution. HIV can stay hidden and silent in the body of a patient as long as they continue with antiretroviral therapy. But as soon as the therapy is stopped, the virus reactivates, multiply and starts spreading again.

The shock and kill method wakes up the dormant virus and once it is awake, they are killed. In such a method, the whole group of viruses can be destroyed in just one go. Although, even if one of the HIV carriers survives, it can multiply and continue to live in the patient’s body. 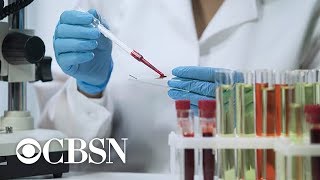