Cricket World Cup 2019 is indeed a spectacle! With the exception of rain playing a spoilsport in a few matches, it has been quite a thrill ride. But like every world cup, it is certain that after this tournament too, several cricketers are going to retire. Here’s a closer look at the top 11 names who are playing their last world cup.

Mainstay of the Indian middle-order and one of the most successful Indian captains, MS Dhoni, is likely to retire sometime soon after the 2019 world cup.

Bangladeshi all-rounder Shakib Al Hasan has been in quite a terrific form this world cup. Having served his nation for over a decade, he is expected to retire soon after the tournament.

One of the most feared bowlers, Malinga, has had a long career but has had multiple injuries over the years. Malinga is likely to announce his retirement soon.

South African opener Hashim Amla is expected to retire soon after Cricket World Cup 2019. He has been hailed as one of the nicest men in world cricket.

Bangladeshi captain Mashrafe Mortaza is likely to retire after this tournament. The bowler has led from the front, and the Tigers are no longer underdogs!

South African batsman Faf Du Plessis is expected to join AB DeVillers in the league of retired greats from the team!

Another name from South Africa, Imran Tahir is 40 and one of the oldest players in the Cricket World Cup 2019. His retirement is almost certain after the tournament.

New Zealand’s Ross Taylor has been around for quite a long time and holds many records for his country. This is expected to be his last world cup as well.

West Indies opener Chris Gayle already announced his retirement stating that he would retire after a series against Team India in August 2019.

Indian Wicket Keeper Dinesh Karthik has been the eternal survivor of world cricket, but given his age and form, this is undoubtedly the last time we see Karthik in a World Cup tournament.

African pace bowler Dale Steyn is all set to hang his boots once and for all after Cricket World Cup 2019. 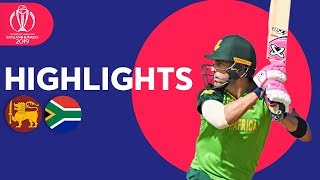