Dak Prescott was amazing in the Week 1 game against the New York Giants and led the Cowboys to a 35-17 victory. Prescott easily completed 25 out of the 32 passes and had a perfect passer rating of 158.3. The Cowboys quarterback also rushed for 405 yards with four touchdowns. But there is one person who’s still not impressed with the performance of Prescott and calls it ordinary.

Josh Norman, the cornerback from Washington Redskins challenges Prescott in their next game. Cowboys vs Redskins game will start at 1 pm EST and both the stars will face each other. Norman dissing on Prescott could be one of those mental games played by the players before the match.

Josh Norman is not Impressed by Dak Prescott

Josh Norman knows his team is weak and hence trying to play mind games and making Prescott angry with his comments. “You stand back there in your pocket and go through your first and then second and third and get back to the first one. It is cool, but anybody can do that.” Norman told to the media before the Cowboys vs Redskins game.

Norman also said that Giants had a week defensive lineup and Prescott was mostly protected by his offensive line. The cornerback challenged Prescott to take the ball when he is there to stop him on the ground in a few hours.

In terms of NFL stars, what Prescott did was way special to be called as ordinary. He was the first Cowboys quarterback to have a perfect passer rating in 50 years. Further, there are only two names (Jared Goff and Ken O’Brien) in NFL history to achieve that feat. Cowboys executive VP Stephen Jones responded to Norman’s comments and called it unwanted criticism.

Wish Dak had just put his head down and run instead of worrying about Gallup shielding Josh Norman. Dak might have dragged Josh into the end zone.

Jones said that they are messing with the top competitors in the NFL and it could cost the team a lot. Prescott is taking it to his heart and reply with his touchdowns. It is just a matter of hours when Josh Norman gets a chance to stop Dak Prescott and we’ll see who is better in the game. 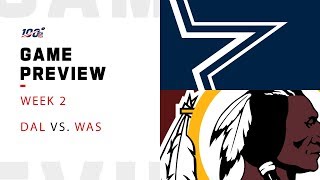