Facts are fun. Cool facts are even better, because they may make you the center of attention at any gathering. Because the universe is odd, your treasure trove of knowledge could include disturbing facts about wild creatures or jaw-dropping tidbits about nature and the human body.

Learning about such topics not only sharpens your thinking but also provides you with material to discuss with friends and family. So here are some interesting facts to wax poetic about. Many individuals like the smell of freshly fallen rain, commonly known as petrichor. Geosmin is a substance produced by bacteria of the genus Streptomyces. The odor attracts tiny arthropods, which consume the bacteria and distribute the spores, assisting in reproduction.

Even though humans lack significant olfactory abilities, they are highly excellent at detecting geosmin. Geosmin may be detected in quantities as low as 100 parts per trillion. A shark, on the other hand, can only detect blood in one part per million of saltwater. Wouter Van Hoven, a naturalist at Pretoria University, studied the deaths of 3,000 antelope on a South African game ranch in 1990. He saw that the giraffes ate only a few acacia leaves from one tree and avoided anything downwind while studying both kudu and giraffes. Everything in sight was devoured by the kudu.

Van Hoven discovered that acacia trees convey chemical signals to neighboring trees. The ethylene signal can travel up to 50 yards (150 feet) to alert adjacent acacia plants. Within five to ten minutes, the “warned” trees increased tannin levels in their leaves, making them toxic to eat. The kudu would die if they kept eating these leaves. Trees were tall when they first appeared on Earth, but they had a weak root system, so they frequently tumbled over. Wood began to build up on forest floors as more trees fell, but the bacteria and fungus that break down cellulose and cause the wood to degrade did not emerge until 60 million years later.

Previously, the sheer weight of wood on top of wood transformed the lowest layers into peat, then coal. 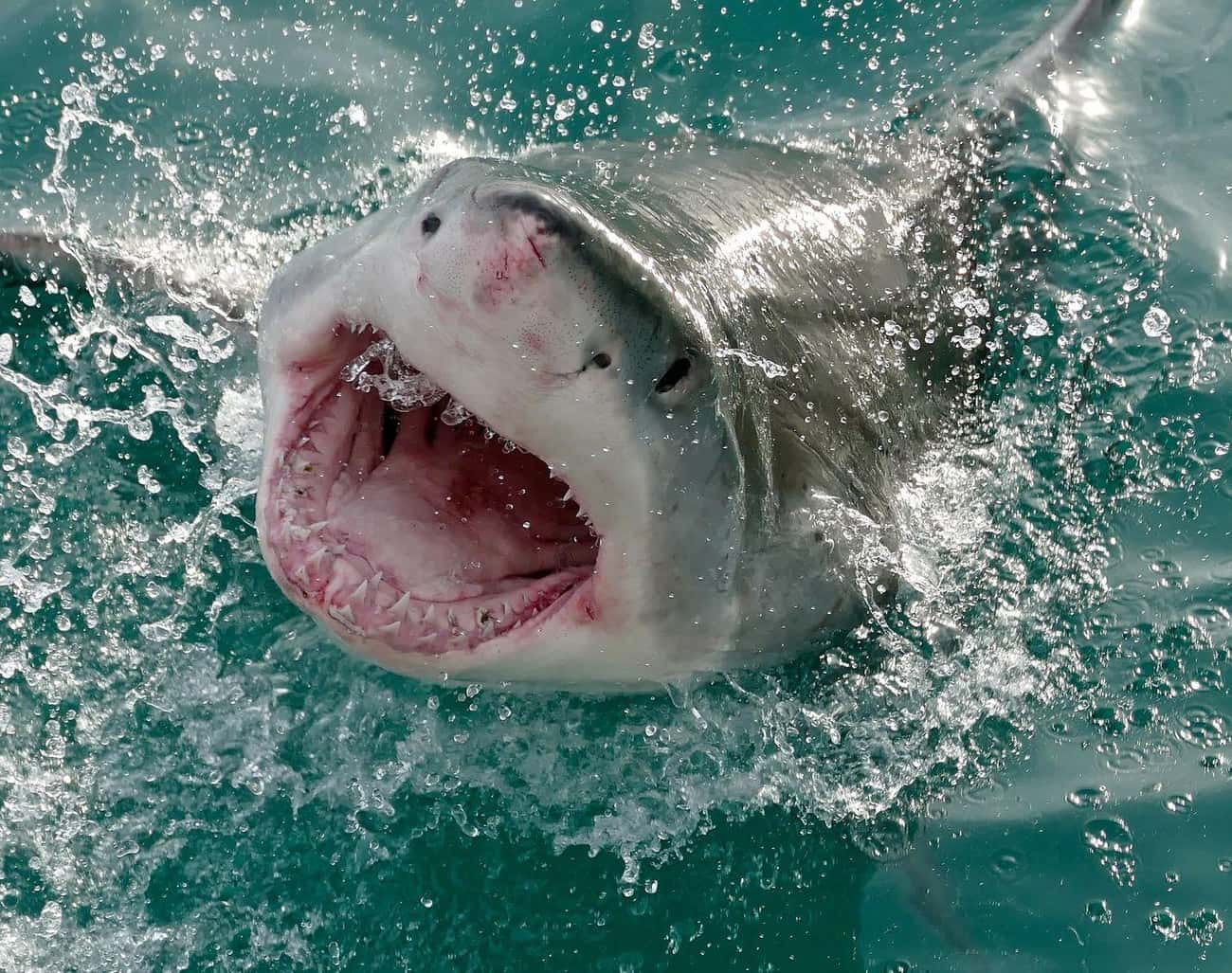 Saturn is around 4.5 billion years old, but its rings are far younger. Scientists believe the rings developed between 10 million and 100 million years ago, although they are unsure how they formed.

Australia is larger than the Moon 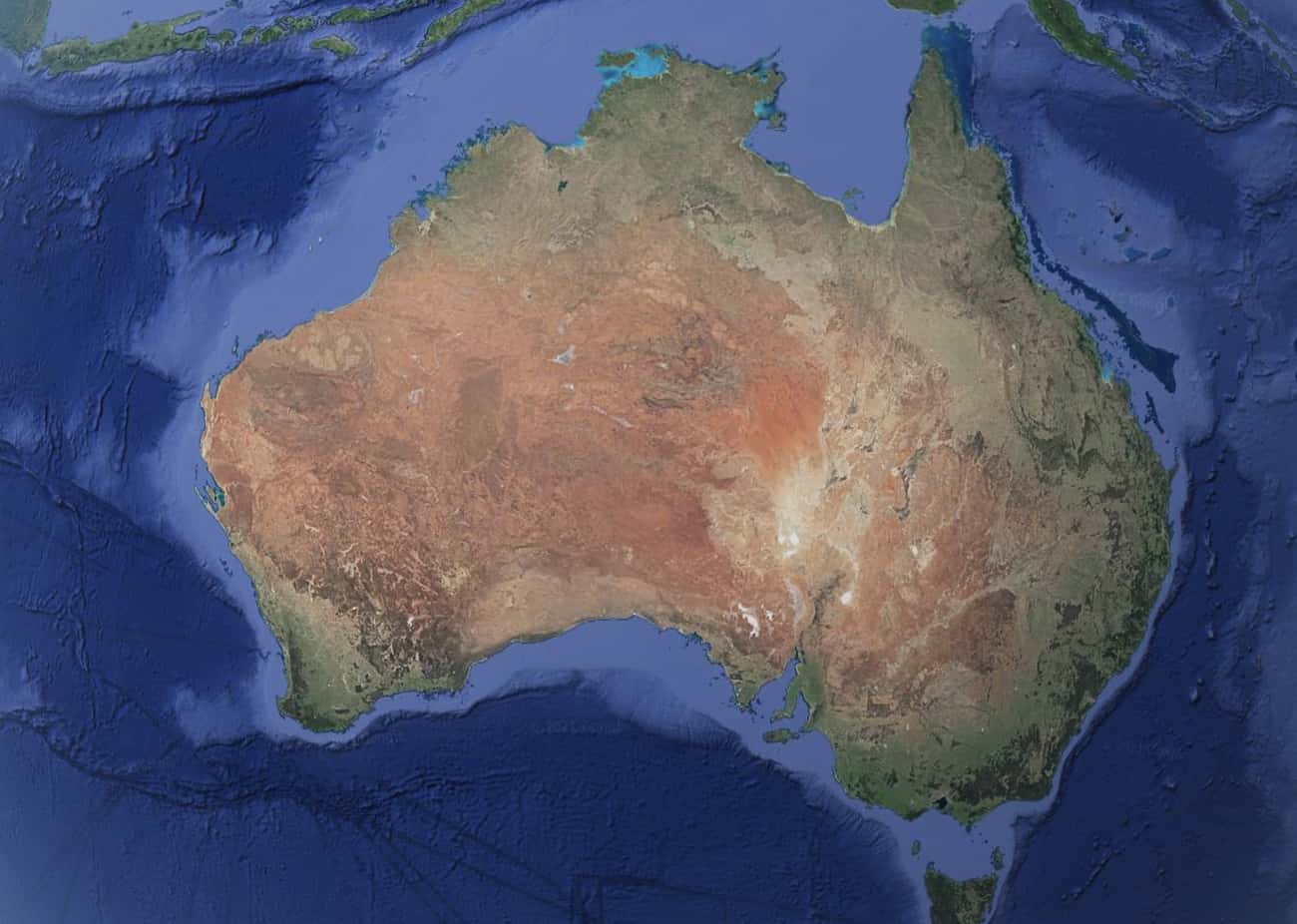 Butterflies Can Take Nutrients From Blood, Dung, And Compost 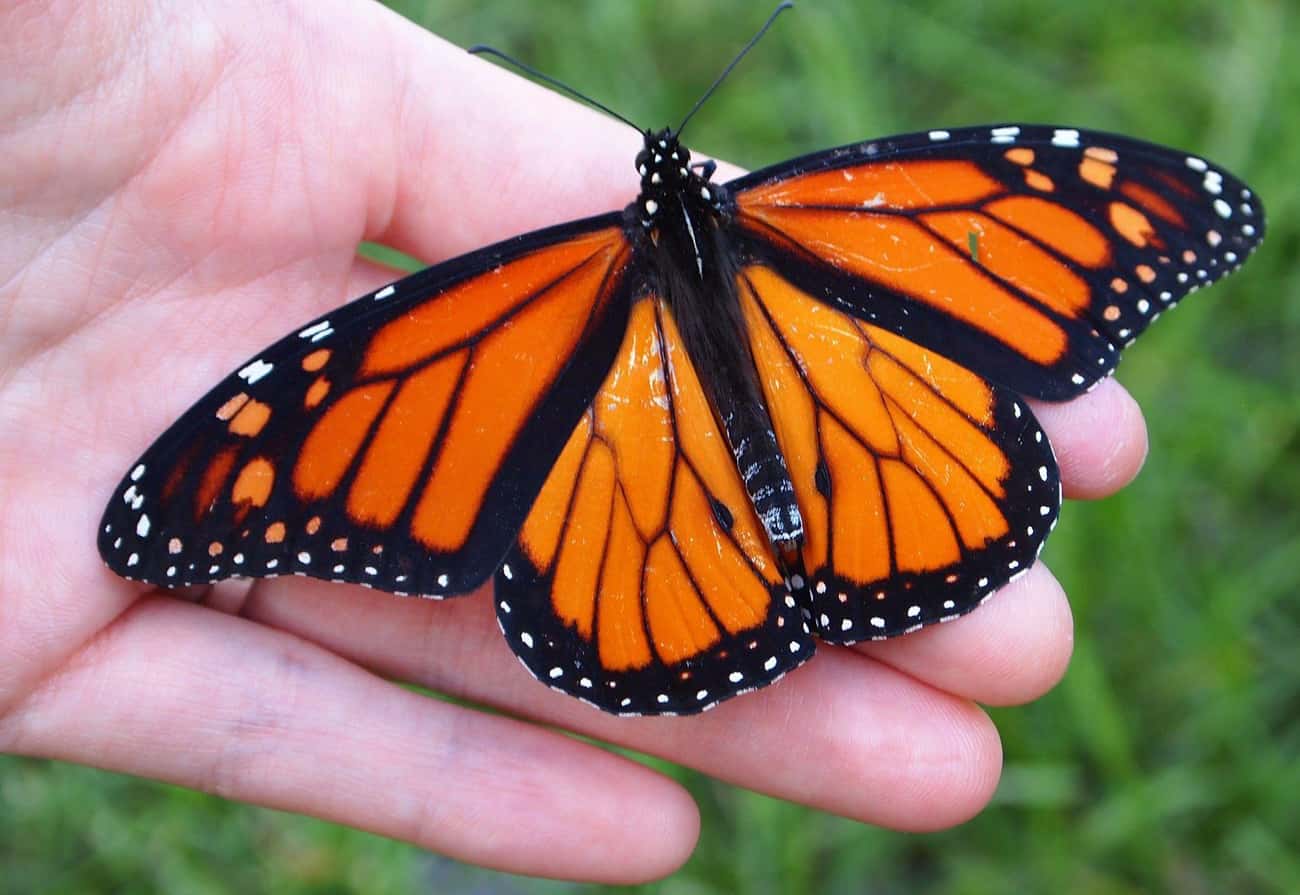 Butterflies don’t just delicately sip nectar from flowers; they have a dark side. To get the nutrients they need, butterflies are more than happy to get their proboscises on less savory stuff, like sap, blood, sweat, tears, and decomposing or fecal matter.

This behavior, called mud puddling, also common in moths, helps the insects get sodium and other amino acids missing from their plant-based diets.

Cows can see 300 degrees, but they have poor depth perception 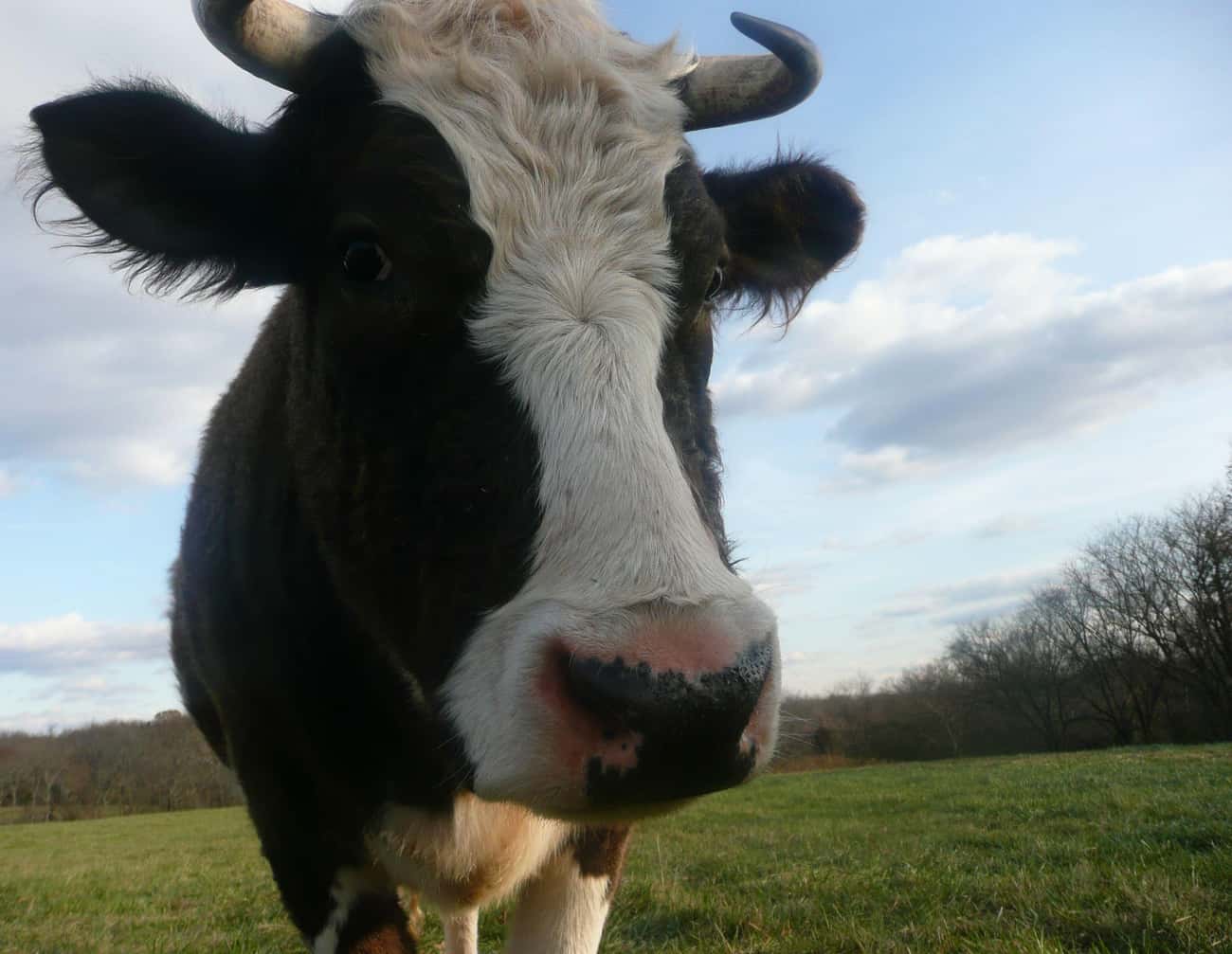 The only location a cow cannot see without rotating their heads is immediately behind them; otherwise, they have a 300-degree field of vision. So it’s not a good idea to sneak up on a cow because it can become startled and kick out with its rear legs.

Furthermore, it is quite difficult to persuade cows to move downstairs since they have poor depth awareness. 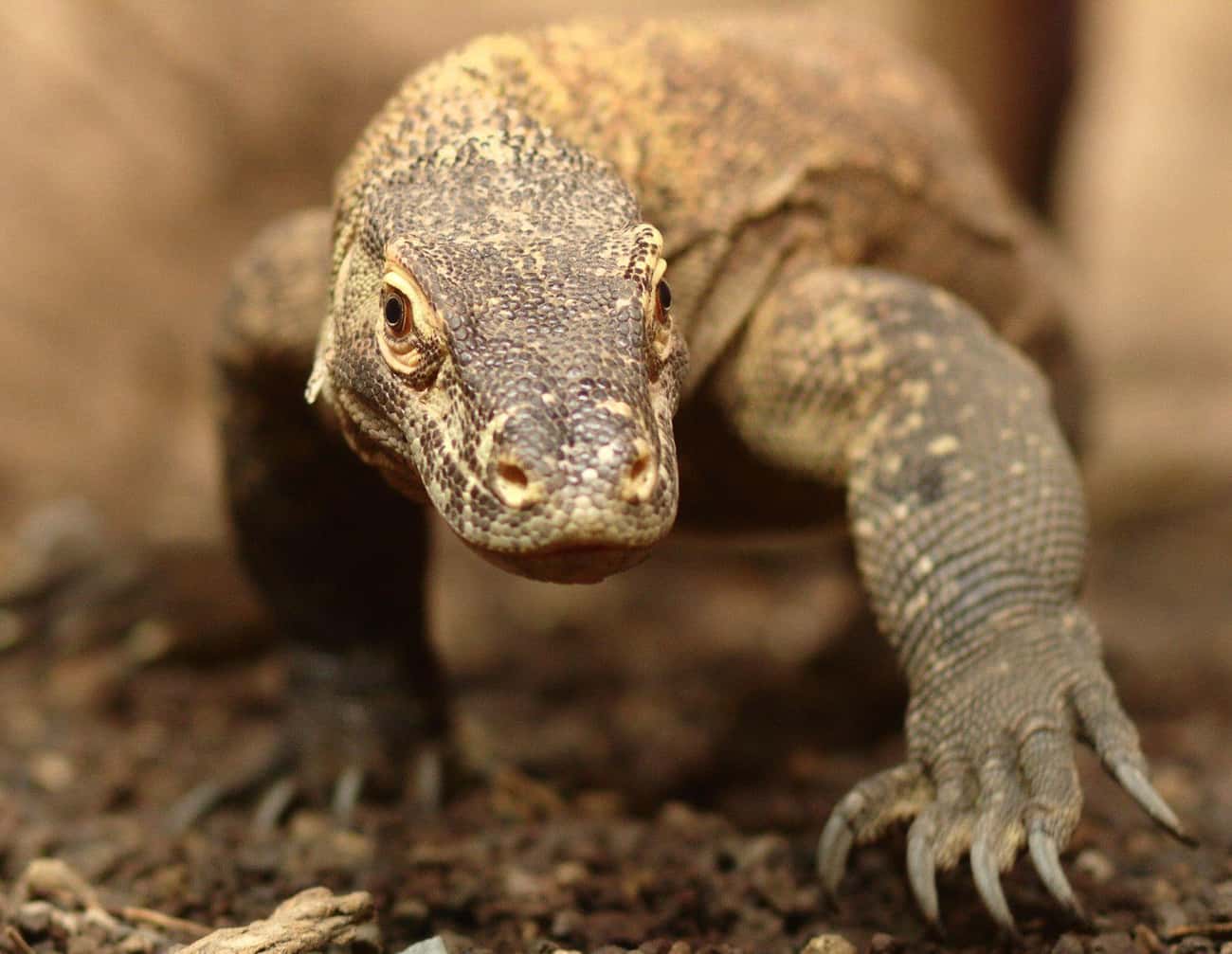 Two European zoos’ staff members received a bit of a shock in 2006 when two female Komodo dragons—an endangered species—laid a clutch of eggs without ever coming into contact with a male. Asexual reproduction, or parthenogenesis, in which females reproduce on their own without the assistance of a male, is uncommon in vertebrates. The majority of vertebrates reproduce sexually through the fusing of an egg and sperm. This method may also be used by turkeys.

Half of the mother’s chromosomes are present in an egg, and during parthenogenesis, these chromosomes are duplicated to create a full set. The male Komodo dragon possesses what scientists refer to as a matched “ZZ” pair, while the female has an unmatched “WZ” pair, in contrast to the male XY and female XX genetic patterns in humans.

The Wright Brothers’ Flyer’s Components Made it To the moon 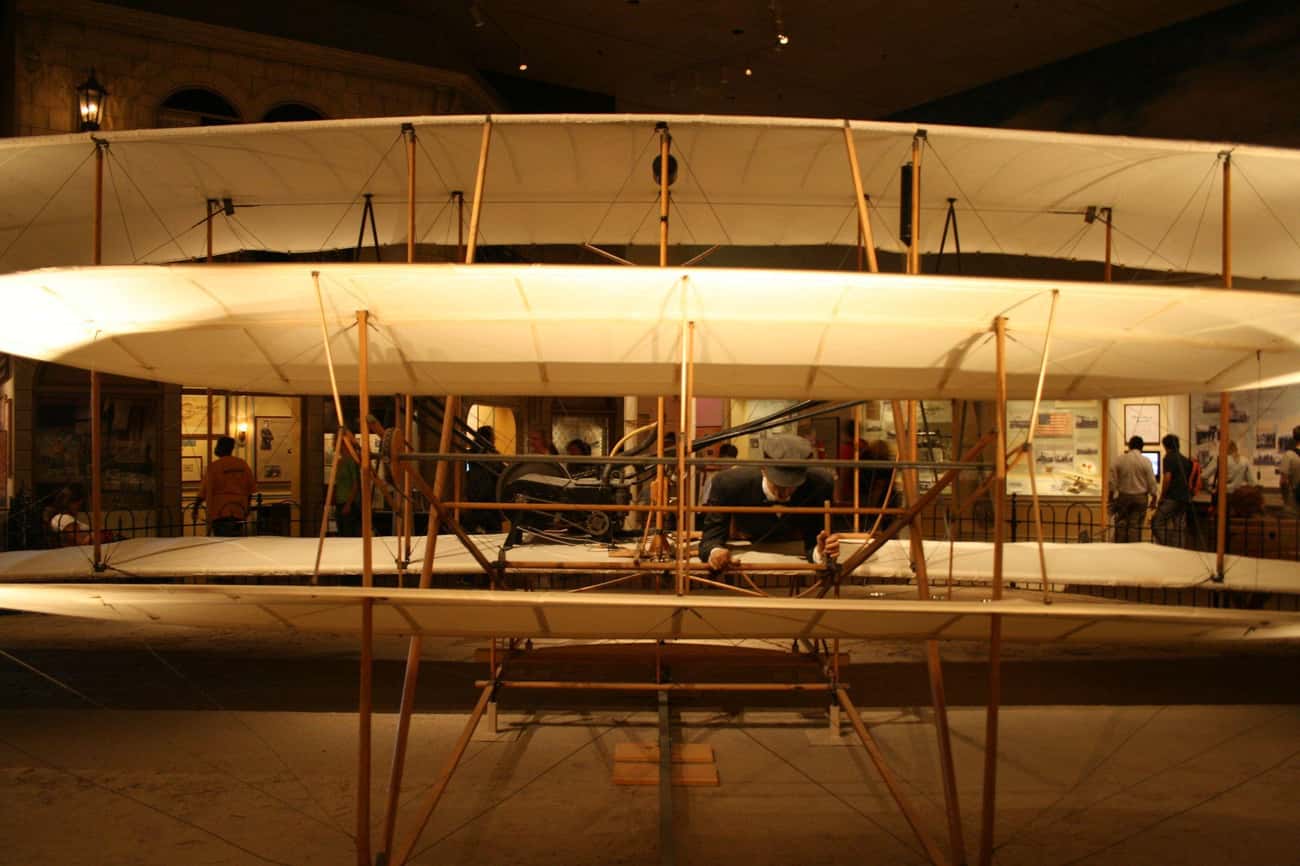 Neil Armstrong created history in July 1969 when he became the first person to set foot on the moon. As part of the assignment, he and his crew carried little bags of items known as personal preference kits.

Armstrong carried keepsakes from another significant aircraft, the Wright Flyer, which was flown by Armstrong’s fellow Ohioans, Wilbur and Orville Wright, on December 17, 1903. Some of the mementos stayed with Armstrong after the mission to the moon, while others were donated to the Smithsonian Institution.

A swatch of cloth from the Wright Flyer was launched into space with John Glenn aboard the space shuttle Discovery in 1998, and a postage stamp-sized fragment was sent to Mars aboard the Ingenuity helicopter. 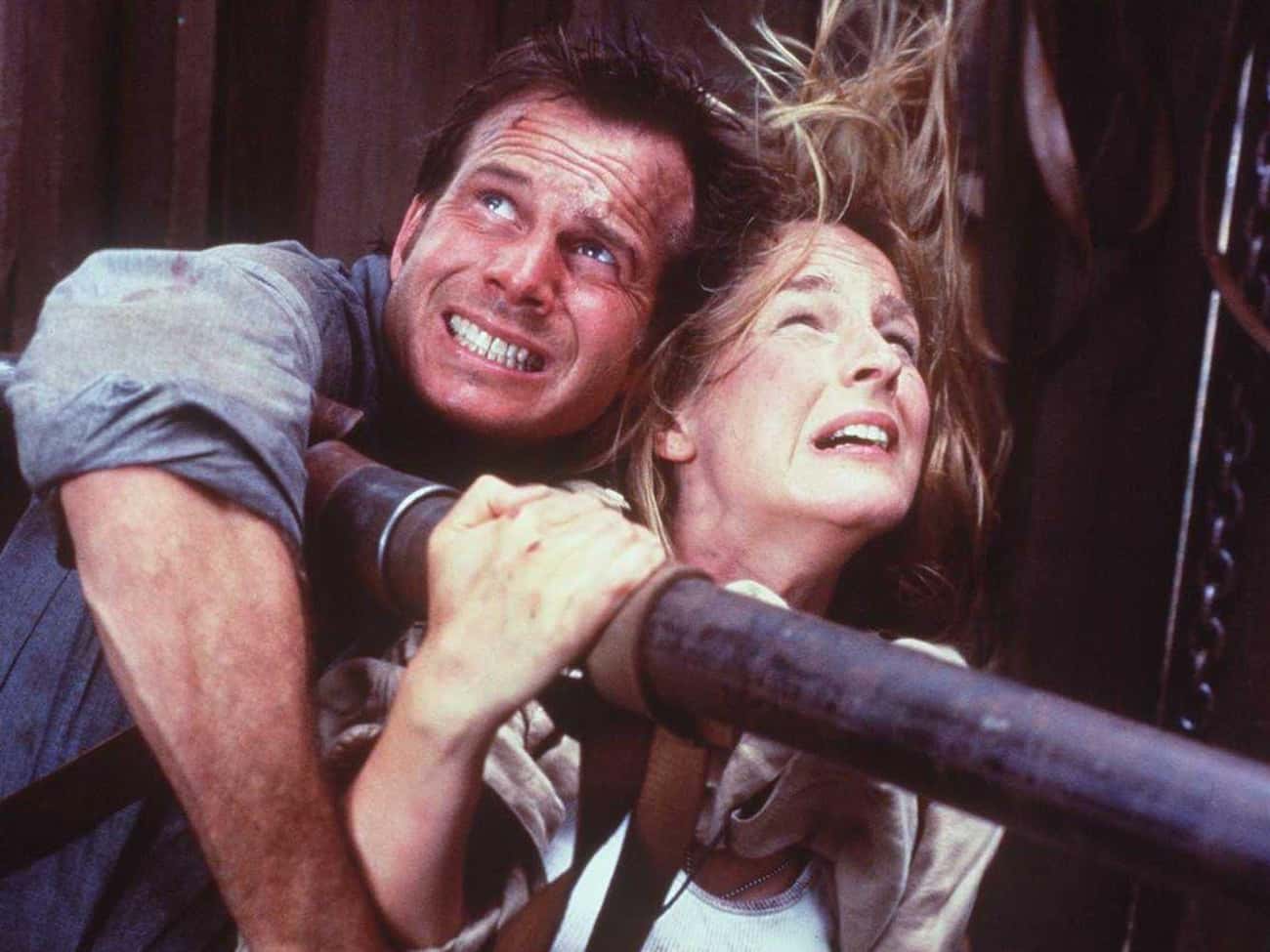 Twister, a 1996 tornado film starring Bill Paxton and Helen Hunt, was the first to be officially released on DVD in the United States. The DVD (digital video disc, or digital versatile disc) Spec 1.0, released in September 1996, was a single-sided, single-layer disc with a size of 1.46 gigabytes.

DVD players were available in Japan in November 1996, but viewers in the United States had to wait until March 1997.

The Fire Hydrant’s Original Patent Was Lost In A Fire 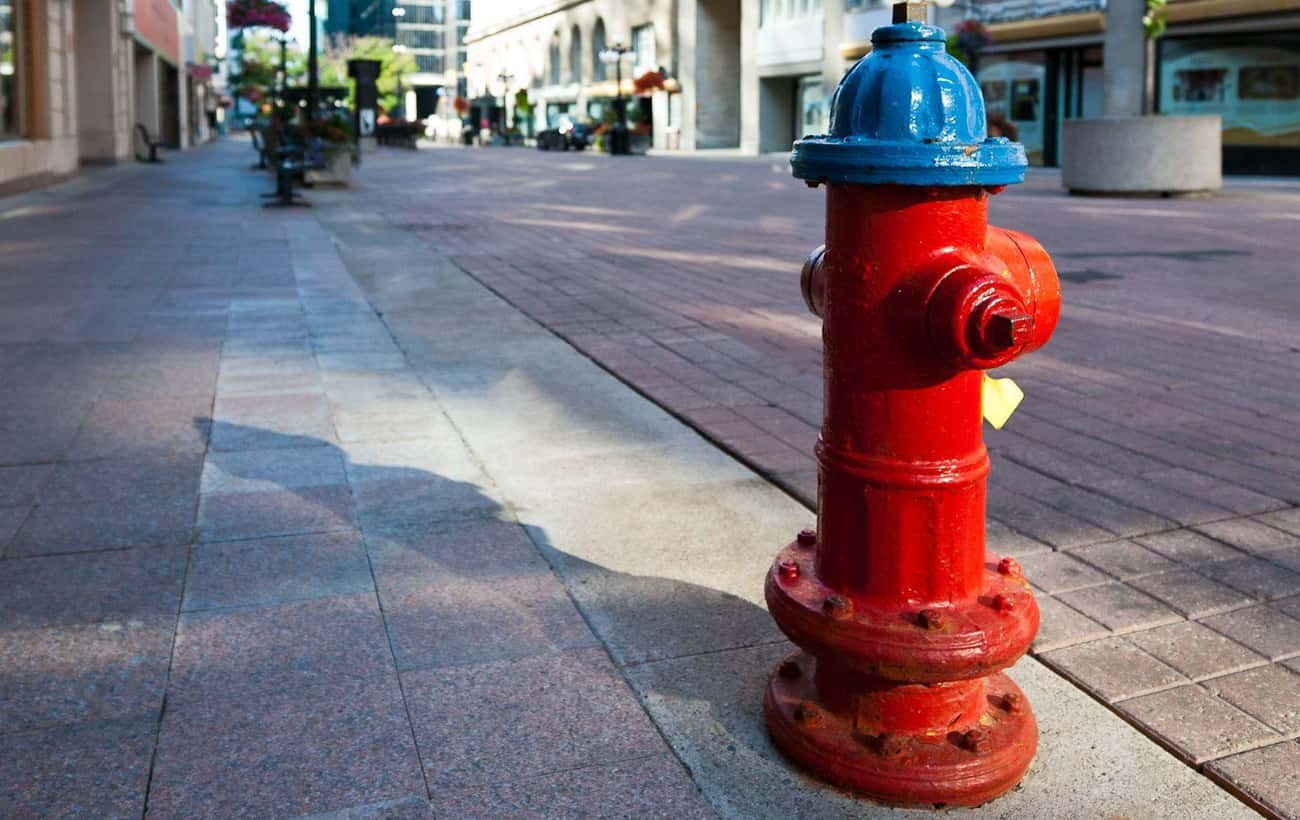 The US Patent Office in Washington, DC, burnt to the ground in 1836, destroying hundreds of thousands of records, including the patent for the fire hydrant.

Many people claim that Frederick Graff, head engineer of the Philadelphia Water Works in 1801, invented the hydrant. However, because the documents are ashes, all of this is speculation. Meanwhile, on September 8, 1838, John Jorden received a second patent for an improved hydrant.

The shell of a turtle is part of its skeleton 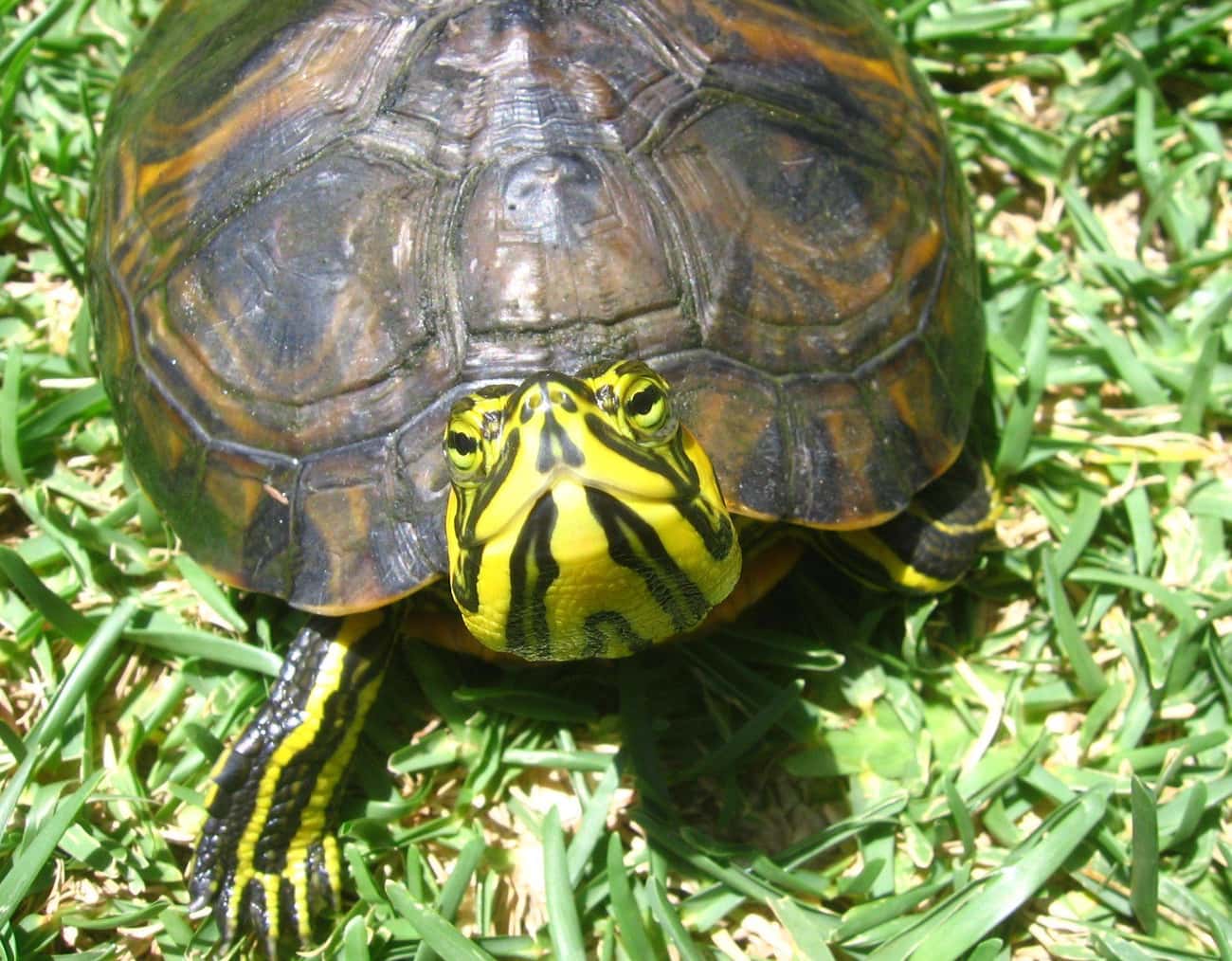 You would imagine a turtle can shed its shell in the same manner that people do. However, a turtle’s shell is part of its bones, namely the ribs, sternum, and vertebrae. This implies that a turtle cannot simply emerge from its shell.

The shell provides more than simply protection and support. Turtles in water may breathe through their back ends via the cloaca. Turtles, on the other hand, employ anaerobic respiration while they hibernate in low-oxygen water, and the calcium in their shells combats the lactic acid produced as a byproduct, just how the calcium in Tums helps people prevent acidity and heartburn. 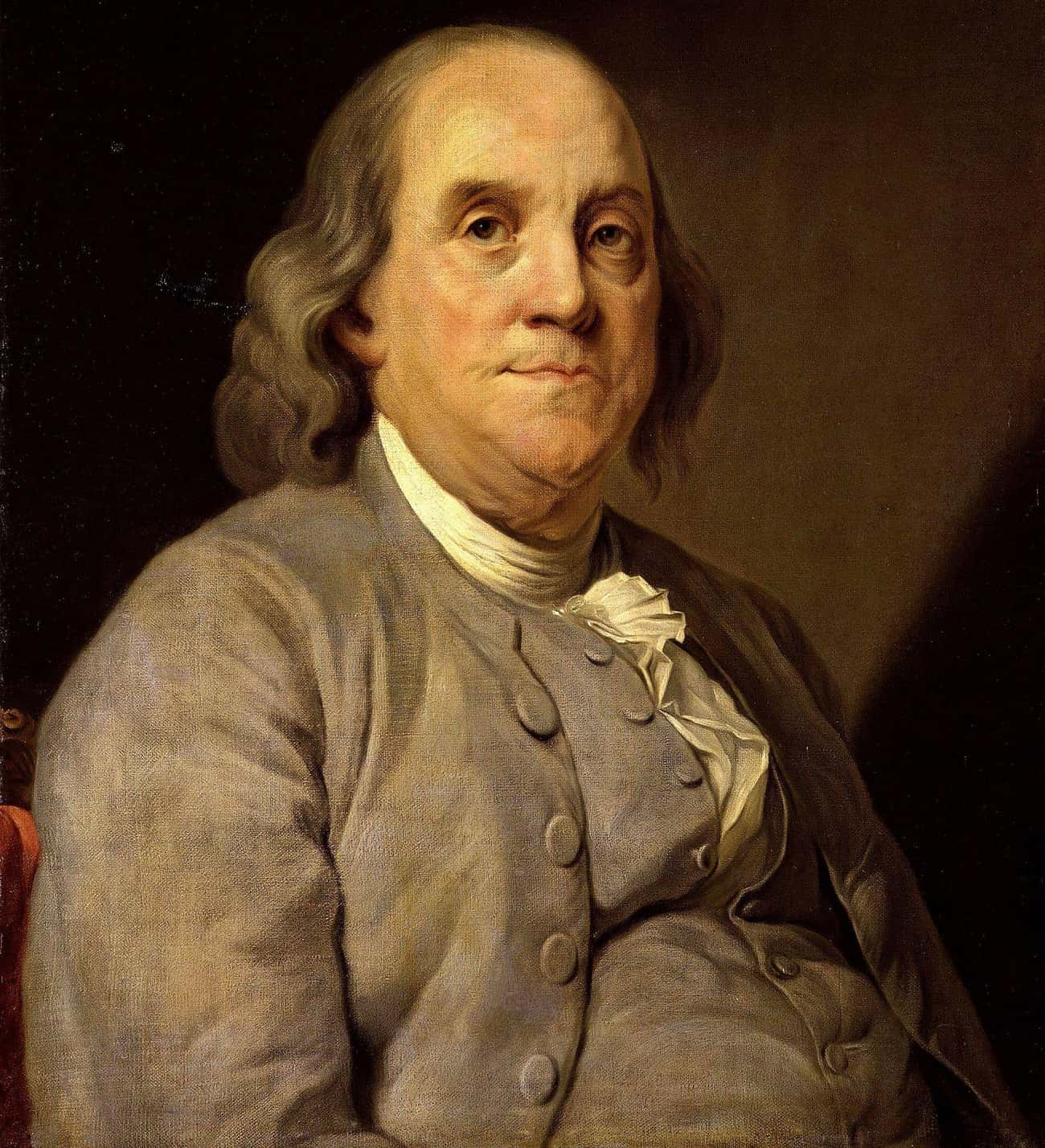 Benjamin Franklin, a well-known American scientist, inventor, statesman, and Founding Father, was also a passionate gourmand and horticulture. He and his friend John Bartram frequently exchanged food and seeds to grow and test.

Franklin mentioned a Chinese cheese called tau-fu in one of his letters. He characterized it as being produced from “garavance beans,” the English equivalent of garbanzo beans, which are similar to soybeans. Franklin was aware of and wrote about tofu long before it became popular in Europe and the United States.

Snoop Dogg was born when Pablo Picasso was still alive 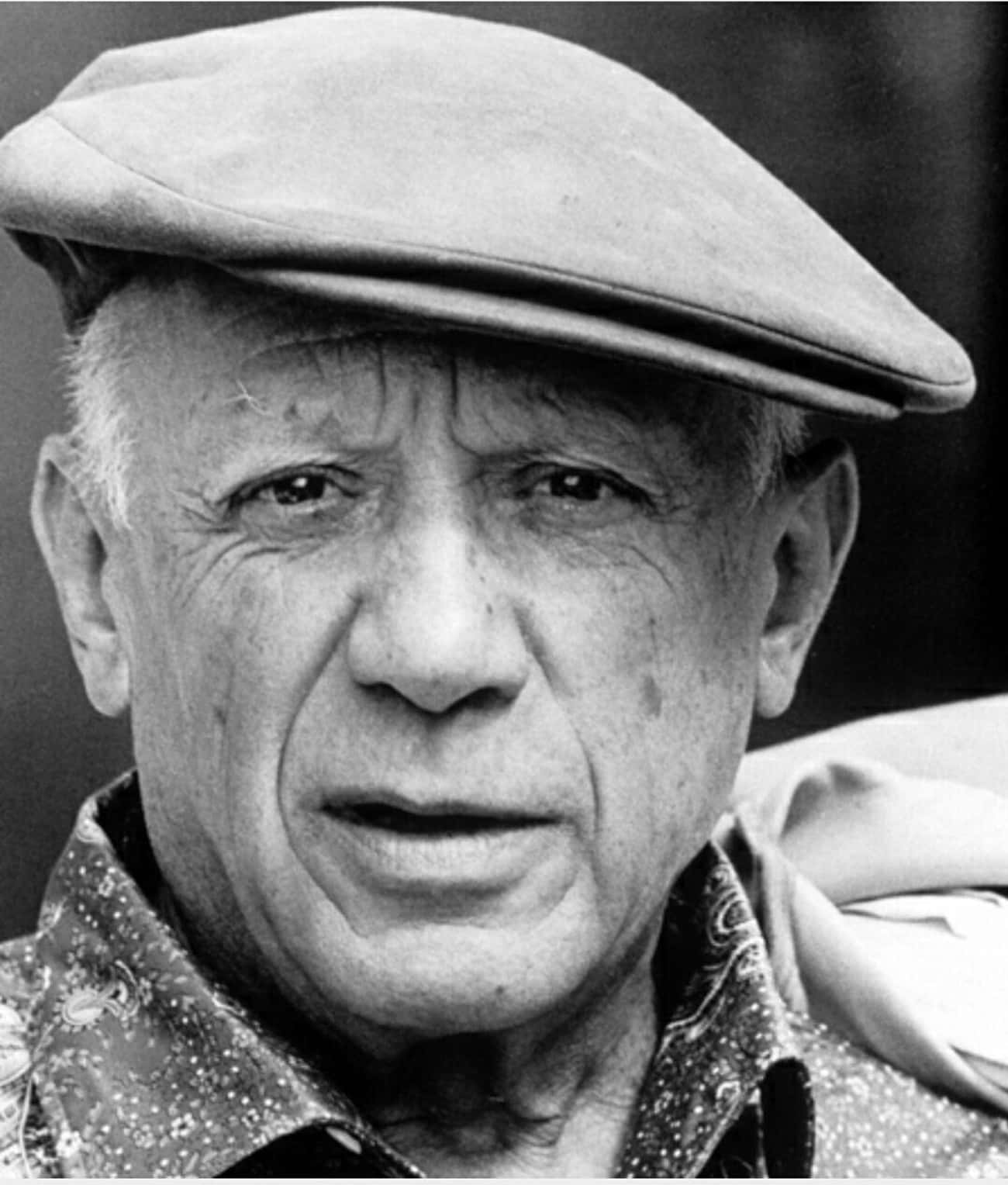 However, the two never met.