Conor McGregor vs Khabib Nurmagomedov is a rematch that we’ve all wanted for a really long time. However, fans of the two might just be in for some bad news as there is now a chance that The Irishman might not be facing Khabib straight after his return. Reportedly, Jorge Masvidal is another major contender for McGregor.

Let us take a closer look and see what’s going between Conor McGregor and Jorge Masvidal.

McGregor vs Masvidal to be McGregor’s First Fight Back?

During an interview on The Dan LeBatard Show, Masvidal stated that he wants to face Kamaru Usman and get hold of his title, but he also wants to face Conor McGregor and ‘break his face’. He added that he thinks that this fight will be ‘an easy paycheck’.

Dana White commented that Masvidal is ‘too big’ for McGregor, which is a statement that McGregor did not like. Other than the fact that he has been looking forward to a McGregor vs Khabib match, The Irishman would love to prove Dana White wrong!

Mcgregor needs to come back and fight Diaz or masvidal

Conor McGregor vs Khabib Nurmagomedov Put on the Back Burner?

While Masvidal is a new challenger who has appeared suddenly, Khabib Nurmagomedov is who McGregor wants. A rematch between Conor McGregor vs Khabib Nurmagomedov is not going to happen anytime till the UFC 242 results are announced. Khabib is all set to face Poirier for the championship and it is unlikely that McGregor vs Khabib will happen anytime before 2020. 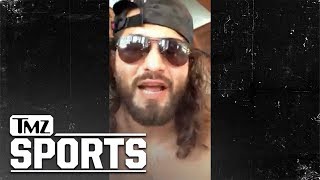