That CM Punk is returning to action in WWE has been something which has been around for a really long time. A lot of WWE fans have wanted him back in the company – and thanks to Fox, Punks is back on WWE TV once more. However, he doesn’t wrestle anymore. This, combined with a huge announcement from Floyd Mayweather has led many to believe that CM Punk vs Floyd Mayweather is all set to be the biggest combat sports moment of 2020!

Floyd Mayweather Confirms He’s Coming Out of Retirement: Will he Face Punk?

Earlier in November, Floyd ‘Money’ Mayweather announced to the world on his Twitter account that he is coming out of retirement in 2020. This has put the world of boxing in notice! Many are already wondering if this could eventually lead to Floyd Mayweather vs Manny Pacquiao II. However, this might be CM Punk vs Floyd Mayweather.

Reportedly, the two have signed a multi-match deal where they would be facing each other in a boxing match as well as a UFC bout! This will indeed be interesting to watch. Let us now take a closer look at who is expected to win these bouts.

Coming out of retirement in 2020 pic.twitter.com/Cfk2E99Ryk

Who Would Win CM Punk vs Floyd Mayweather?

CM Punk has often claimed that he is the ‘Best In The World’ at whatever he does, yet he got quite the beatdown in both his UFC bouts. While it is expected that CM Punk vs Floyd Mayweather in a boxing ring would totally be in the favour of the former world boxing champion, Mayweather actually has a disadvantage when it comes to a UFC bout. It will be interesting to see what happens here, stay tuned with us for more! 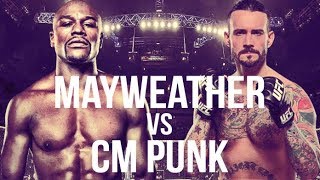