Spike in Dengue cases in Central Visayas: report confirmed by the health department

In an interview with the ANC’s Headstart, Domingo says that because of the changes in the climate, dengue has become a yearlong problem.

The recent rain in some parts of the country is the major cause of the rise in the number of dengue cases in Central Visayas.

With the mosquitoes thriving and multiplying because of the accumulated stagnant rain waters, Central Visayas is more prone to dengue cases.

Spike in Dengue cases in Central Visayas: measures of prevention

According to the health undersecretary, ceasing the spreading of the mosquitoes is the best method of prevention of spreading of dengue.

Domingo says in the interview with ANC that each time it rains, the families in Central Visayas must take care to drain the water reservoirs.

This is to ensure that isn’t any stagnant water in Central Visayas for the mosquitoes to thrive and multiply.

Domingo also says that “Vector Control” is the best vaccine for dengue that the public of Central Visayas will have. This is because Dengvaxia drug against dengue is banned in Philippines post last year’s controversy.

Fogging is another solution to the dengue outbreak in Central Visayas. Domingo says that an early detection of dengue in children will also prevent them from dying.

The health undersecretary   says that if the child develops a high grade fever and becomes extremely weak.

The actual remedy for the dengue is just the fluid balance. This is along with the supportive care. The two together will ensure that the citizens of Central Visayas along with the other parts will survive the bout. 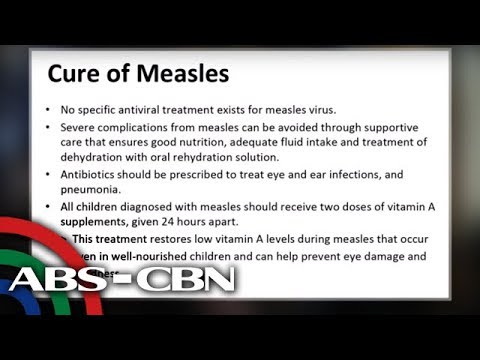