BTS meeting Ariana Grande has taken the internet by form as the famous South Korean boy band hanging out with US pop singer has gone viral. The group of BTS has been invited to perform at the 2020 Grammy Awards that will air on January 26 on CBS Network. Each of the artists was rehearsing for their performance in Los Angeles when Ariana Grande bumped into the BTS group members.

The singer was quick enough to snap a photo with the group and posted it on Instagram which has kind of broken the internet. Here are more details on BTS and Ariana Grande Instagram post and how it is a way to promote the 2020 world tour dates for the boy band.

Ariana Grande posted a photo on Instagram with the caption, ‘look who i bumped into at rehearsal :)’ where six members of the BTS band can be seen sitting with her. RM, Jungkook, Jimin, V, J-Hope, and Jin are present in the photo with Grande and Suga is missing, which could be possible because he clicked the picture.

Fans are loving seeing their favorite stars together and the post has already received around 4 million likes on Instagram. Many of them are hoping that Ariana Grande and BTS could collaborate on a new song and it would be amazing if that happens.

Only reason Suga is missing from this @bts_bighit photo with @ArianaGrande at #GRAMMYs rehearsals! 📸 pic.twitter.com/Br418ihJrB

BTS will perform at the Grammys with breakout star Lil Nas X, and they will sing together the hit track “Old Town Road” on the stage. Also, BTS is all set to release their new album “Map of the Soul: 7” in February and then the group will start prepping for their world tour in April. BTS members will perform in Seoul, California, Los Angeles, Dallas, Florida, Chicago, Washington D.C., Europe, Japan and more for their ‘Map of the Soul World Tour.’ 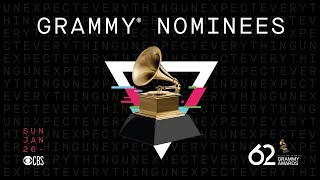