Better Call Saul Season 5 should have premiered by now, but it was delayed by AMC so that they give priority to other projects. AMC president Sarah Barnett revealed the reason behind the delay as ‘talent needs’ for El Camino: Break Bad movie. Most of the cast and crew members for Better Call Saul season 5 and Breaking Bad movie are same and hence they were told to work on the bigger project.

Since I'm going to be doing business as Saul Goodman.
I'll be needing a new office space. #BetterCallSaul ⚖ pic.twitter.com/mCRWwn0bmX

The fifth installment of the crime drama starring Bob Odenkirk finished filming around September but will now release in the next year. However, the latest teaser for season 5 of Better Call Saul gives important hints on the plotline and returning cast members.

AMC released the first official teaser trailer for Better Call Saul season 5 on November 22 and scenes showed were from the episode titled ‘Joyride’ which could be the premiere episode of the show. In the teaser, Jimmy McGill was seen sitting in the back of a car, with the bad guys pointing guns at him. The situation could be something like that where Jimmy is asked to defend any of the criminal con-man in court.

The transformation of the innocent lawayer into Saul Goodman is almost complete in the fifth season. It goes with the revelation that Jimmy McGill will very soon turn in the Breaking Bad character which we all know. Better Call Saul season 5 will be the ending arc for kind-hearted and gentle Jimmy McGill.

Better Call Saul season 5 official photos released by AMC and it gives out which of the characters are coming back to reprise their roles. The cast members confirmed for fifth season of Better Call Saul includes.

Better Call Saul season 5 will premiere on February 23, 2022 on AMC where the first two episodes will be aired together at 9 pm and 10 pm and after that it will air on the regular timings. 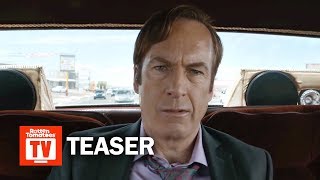