Barcelona FC are trying hard to sign Neymar Jr before the transfer window closes and he won’t come at cheap. Despite being the most popular football team around the world, they are having a lot of trouble. Lionel Messi is either injured or not scoring and rest of the star players are about to sign deals with other clubs. Barca officials are always quick enough to notice the transfer request, but there is not much time left. Here are the potential Barcelona transfer deals for Neymar Jr, Phillipe Coutinho, and Arturo Vidal.

Real Madrid are preparing an offer in the region of €100 million for Neymar, after a possible move to Barcelona collapsed because Philippe Coutinho rejected a move to Tottenham 🤯 pic.twitter.com/tIVHqm4gbV

Phillipe Coutinho is right now the biggest problem for Barcelona as they are unable to land a buyer for him. Barca offered Coutinho to the Arsenal FC on loan but the player is not happy and might reject the deal. He might have agreed for a permanent deal or maybe moving to Manchester United.

Tottenham Hotspurs were one of the clubs that could have afforded Coutinho in a loan or exchange deal. But they have already agreed to spend £70 million on Paulo Dybala from Juventus. Barcelona has to find a potential buyer for Coutinho, otherwise the Neymar Jr deal won’t work economically.

Read more:  Microsoft Surface Buds price and other details you need to know

Barcelona might have to look at other players for freeing up space if Coutinho deal doesn’t work out. Arturo Vidal can be one of them as Inter Milan FC are already interested in him. The Italian club is pursuing the Barca midfielder for a long time and we can witness a deal soon. The transfer window will close in just a few hours and Barcelona needs more money to sign Neymar Jr from PSG.

💰 Finally, Barça will listen to offers for Arturo Vidal. The club knows that he brings something different to the table, but are aware of the financial boost they can get by selling him. [@ferranmartinez, MD, 🥇] 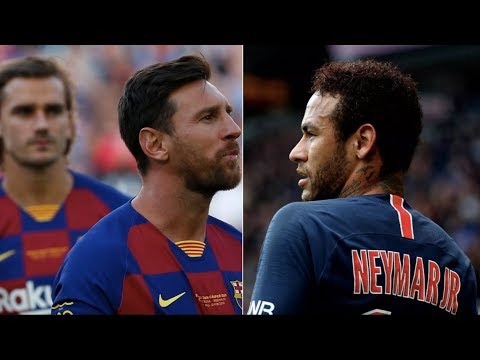