Bad Boys 4 has been confirmed and the next sequel starring Will Smith and Martin Lawrence is officially in works. While it is too early to renew the fourth movie in this franchise, the recently released ‘Bad Boys for Life’ collected $68 million in the opening weekend and has already crossed the $100 million mark. It is why Sony Pictures, the production house of Bad Boys movie immediately renewed the next sequel without wasting any time.

‘Bad Boys 4’ is already in the works at Sony Pictures pic.twitter.com/0EHL8sUw8n

Chris Bremner has been hired to write the script for the fourth installment and Jerry Bruckheimer will once again handle the production and supervise the movie. Here are more details on Bad Boys 4 release date, cast, and plot along with Smith and Lawrence returning to the franchise.

Bad Boys 4 is Officially in Works

Bad Boys 4 release date won’t be that far away given there was a big 17 years gap between the second and third movies. The makers want to cash in the success of Bad Boys for Life and waiting for a longer period is not the way to do it. Chris Bremmer has already started to write the script for the fourth Bad Boys movie and if everything goes as per the plan, the next installment of the buddy cop movie franchise could release in late 2021 or early 2022.

Bad Boys 3 somehow has given itself a very strong case for being the best in the series.

Sony has announced that Bad Boys 4 is in works so early meaning that actual pre-production work will start very soon and filming will begin once Will Smith and Martin Lawrence have their dates free.

Will Smith and Martin Lawrence as Mike and Marcus are the real souls of Bad Boys movies and their amazing chemistry is the reason for the recent success of Bad Boys 3. Both the stars are busy at the moment and Will Smith is someone who is making Youtube videos even in his free time and hence it will be a bit hard to get their schedule free. But the makers will wait for whatever time it takes because there can’t be a Bad Boys 4 without Smith and Lawrence. 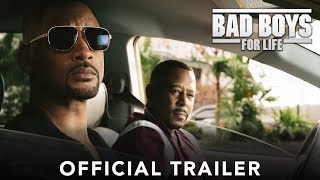