The Backstreet Boys are here with some exciting news and their fans are going to love them even more now. They have not only dropped a new single, but have also made the announcement of their tenth studio album and an upcoming world tour. All this in one single day!

The band mates – Nick Carter, AJ McLean, Brian Littrell, Howie Dorough and Kevin Richardson – released “Chances”, their new single in on Friday which is written by Shawn Mendes and Ryan Tedder. Their upcoming album “DNA” will be followed by the DNA World Tour. It will be their biggest tour in eighteen years.

We are stoked to finally be here again gearing up for a new album, new tour, and brand new single. There are so many amazing things we have up our sleeves. It’s really nice to see the actual payday when we’ve been busting our butt in the studio. We’ve been working on this record for quite some time now, it’s finally about to be sooner or later presented to the world.

The team is truly grateful for this new chapter of their life and the “Larger Than Life” hit makers also celebrated their 25th anniversary recently. McLean feels that staying together for twenty five years is a huge testament to their fans as well as music. Their fans’ support has pushed them to improve and strive to be better.

Read more:  Pure season 2 release date and more: When does the Canadian crime show air? Who is in the cast? 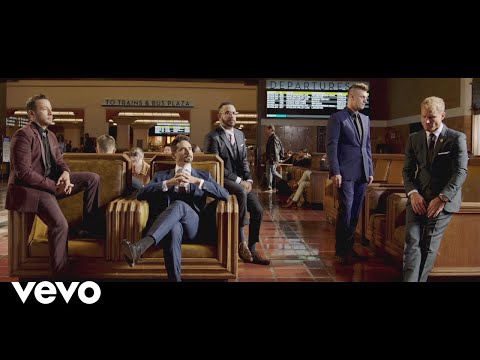 The band is always up setting new goals for themselves. Their tenth album is going to be huge following the massive tour.

To be able to one-up that or at least have something that’s so different from Las Vegas but still of that type of magnitude would be a dream.

This album is like a dream come true for the band. The boy band is ready for the new adventure of their life.