Aquaman 2 is officially in works and fans are excited for the sequel to hit the theaters. The first Aquaman movie redefined the character and Jason Momoa made Arthur Curry a badass superhero which was kind of a joke in the comics. James Wan will once again handle the role of director as he was the main reason why Aquaman grossed over a billion dollars at the box office.

Aquaman sequel was officially confirmed by Warner Bros Studios just after the release of the first movie. Here is everything you need to know about Aquaman 2 release date, trailer, cast, plot spoilers and connection with other DC movies.

Aquaman 2 is slated to release in theaters on December 16, 2022, which will be around four years after the first Aquaman’s release. The filming for Aquaman sequel will start next year as the script is still not final stages. DC movies calendar is kind of uncertain, unlike the Marvel movies which have announced their movies slate for the next few years. Aquaman 2 trailer can be expected to come out around the start of 2022 as it will be enough time to get some teaser footage.

Aquaman 2 plot will be about Arthur Curry’s progression as the King of Atlantis after he defeated his half brother Orm in the final battle. Black Manta will also be up for revenge against Aquaman but that conflict will be resolved in the first half of the movie. There are so many great characters in the comics and Aquaman sequel could use any of the villains.

It might also be possible that one of the other DC characters such as Shazam or Wonder Woman might have a little cameo which progresses the plot, similar to Doctor Strange in Thor: Ragnarok. Here is the confirmed list of cast members that will return in Aquaman 2 movie. 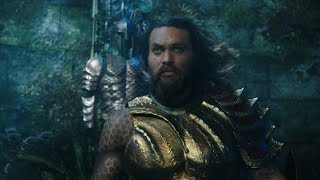