Apple Watch Series 6 will be launched this year and it is expected to be packed with a lot of cool new features. The smartwatch from Apple is known for its lightweight, strong connectivity and innovative features.

Apple is currently working on Watch Series 6 and based on the reports so far, it will be one of the best smartwatches in the tech industry. Here is more information on Apple Watch Series 6 release date, specs, features, software updates, security measures and new tracking system.

Touch ID Sensor: Apple is planning to introduce the Touch ID sensor in the crown of Watch Series 6 as the security authentication measure. Many of the tech experts are confused about how could Apple use a Touch ID on the Watch Series 6 as it already contains an ECG monitor, but the tech giant is working on the problem.

Improved Battery: Apple Watch Series 6 will increase the battery life of the wearable device so that users can access more of the new features.

LTE and WiFi 6 Connectivity: Apple Watch Series 6 will be powered by the new WatchOS 7 which will offer plenty of new features and enhancements includes better support for LTE and WiFi 6 connectivity.

Pulse Detection System: The next-gen Apple Watch Series 6 will contains new sensors that can detect pulse and blood oxygen levels as per the iOS 14 and new WatchOS code leaks.

Sleep Tracking: Apple will finally introduce the support for sleep tracking in the Watch Series 6 smartwatches. The features to monitor sleeping hours was rumored to come with Watch Series 5 but will finally arrive with the 6th series Apple watches.

Apple Watch Series 6 release date will be set in September 2020 as the Cupertino based tech giant follows a strict annual calendar. But the recent Covid-19 pandemic has started to delay many of the Apple products and Watch Series 6 launch could also be postponed. However, Apple is trying its best not to delay the production of the iPhone 12 along with Watch Series 6 and hoping the Coronavirus outbreak is controlled soon. 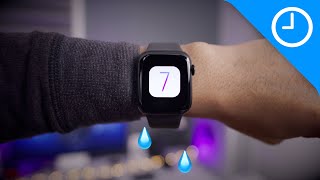