Apple iPhone SE 2 will come up with a lot of cool new features despite being called as the budget iPhone. The recent iOS 13.4.5 beta code leaks reveal that iPhone SE 2 will voice modulation features and Apple Carkey support. Apple is reportedly working on a new 4.7-inch device which will be named iPhone SE 2 or iPhone 9 and it will be powered by the latest A13 bionic chips used in iPhone 11 series.

The iPhone SE 2 having Apple’s CarKey features means it can be used to unlock, lock and start a car. Here is more information on Apple iPhone SE 2 features, leaks, and the possible impact of Coronavirus pandemic over the release date.

The recently leaked iOS 13.4.5 code contains a heading “CAR_KEY_EXPRESS_MODE_FOOTER_TOUCHID” which hints that CarKey feature for a Touch ID iPhone. While none of the new iPhone models have a Touch ID as they are supported by Face ID sensors. The upcoming iPhone SE 2 will bring back Touch ID and hence Apple CarKey support leaks are for the mid-range device only.

iOS 13.4 Beta Reveals ‘CarKey’ Feature That Would Turn Your iPhone or Apple Watch Into a Car Key https://t.co/nDJZl0MRV1 by @MacRumors pic.twitter.com/8d6uErnzIX

Apple iPhone SE 2 release date was earlier set at the end of March 2020 where the Cupertino company would have a big launch event and reveal their new products. But the COVID-19 outbreak has spoiled everything and delay the release of iPhone SE 2. It is now reported that Apple will soon start the mass production of iPhone SE 2 and the device will be ready for a Summer launch, assuming the coronavirus crisis is over by then. 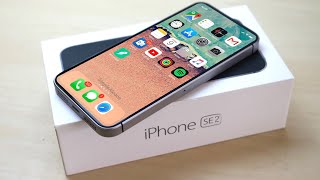