Apple iOS 14 will finally bring the multitasking feature which users are requesting for a long time. There is a recently leaked video of iOS 14 features that depict the popular multitasking function. The iOS 14 internal build leaks show that the split-screen multitask option introduced in the iPads last year will be available now for the iPhones too. Here are more details on Apple iOS 14 release date, specs, leaks and multitasking features.

There is a new video that appeared on Youtube titled “iOS 14 multitasking” which looks similar early iOS 14 concept videos. It can be seen that the next iOS update contains a similar split view feature introduced in the iPadOS 13 release last year. Although, the video doesn’t show how multitasking in iOS 14 will work it depicts iPhone users switching from one application window to the other.

Apple users have been asking for the feature ever since Android OS has come up with a Split Screen feature where smartphone users can open and use two apps at the same time. It makes it possible to watch a Youtube video and text someone at the same time. Apple has already introduced a similar feature for iPad and it looks like iOS 14 will do the same job for iPhone now. While many users think that it could be a jailbreak or tweak, Apple experts have claimed that it is true and iOS 14 internal build have this feature named as Grid Switcher.

Apple iOS 14 release date will most likely follow the regular schedule and the software update is slated to launch at WWDC 2020. While the launch date of the iPhone 12 could be affected by the coronavirus outbreak, nothing of that sort of that will happen with the iOS update. Apple developers will get to experience iOS 14 before everyone else and even some regular iPhone users can get the beta iOS 14 if they are lucky. 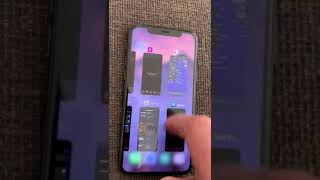