As per Kuo, the new display technology will be seen in six Apple devices releasing in 2020 include the new iPad Pro and MacBook Pro planning to be launched in the third and fourth quarter respectively. Here are more details on the mini-LED display technology from Apple and the devices to feature it.

Apple currently used the LCD or OLED display technology for most of its products which have a few drawbacks. OLED displays have a risk of image burn-in where one of the screen patterns is permanently imprinted on the edges. The new mini LED technology will offer a lot of benefits over the previous ones, including better colors and contrast.

Apple Products to Release in 2020 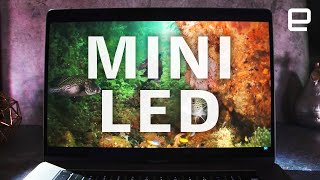