Antonio Brown is ready to play his second NFL game with the New England Patriots on this Sunday. Despite all the controversies and two sexual assault lawsuits, Brown will enter the ground in Week 2 game against the New York Jets. In the last week match against the Miami Dolphins, Brown had four catches, rushed for 56 yards performance and made a touchdown reception.

Text from a source: At the moment, despite Antonio Brown continuing to practice without any injuries, and the league having not placed him on any suspended or exempt lists, it would appear he might play against the New York Jets on Sunday.

Fantasy football owners who selected Antonio Brown earned good money and are expecting the same in the Patriots vs Jets game. With Tom Brady in the mix, Brown is expected to have a breakout performance in the Week 3 game as a wide receiver for the Patriots.

New England Patriots will make sure to utilize Antonio Brown to his best capacity and create an offensive attack with Tom Brady opening the game. The New York Jets already have a weak defense and it means Brown’s fantasy rankings will hit up the sky.

Was a good day to be down at Gillette. Spoke with Antonio Brown, Josh Gordon and James White.

Quick summary: Brady’s calf is fine, AB is beyond grateful to be a Patriot and the team is ready for the Jets.

The last 3 times the Jets have played against the Patriots on the road:

But don't worry Jets fans, I'm sure this year will be different.

The Jets already have problems against the high profile wide receivers which was evident in the game against the Cleveland Browns where Odell Beckham Jr. thrashed them. Brown’s first game as the Patriots WR was impressive and he is expected to excel even further from that.

Read more:  PewDiePie vs T-Series Battle Gets Intense as KSI Gets Involved

Antonio Brown should be the most preferred wide receiver on every fantasy football owner. The Jets defense can’t stop Brown and Brady and will have another championship NFL season. The sports experts have predicted Brown to make seven Receptions, rush for 115 yards, and score two touchdowns.

Bill Belichick and the Patriots will give him an early chance and let him unleash over the Jets. The way Brown played for the Patriots in the first game against the Dolphins, it was clear that his fantasy rankings are going to sky-rocket in the 2019 NFL season. 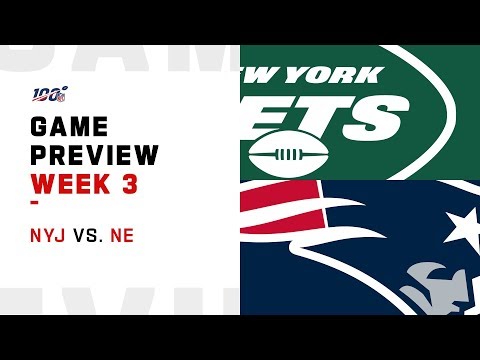