Ant-man and the Wasp Quantumania trailer is filled with spoilers, especially related to Kang the Conqueror and his abilities. Read further to find out.

Trailers are meant to reveal just enough about the movie to create curiosity among the viewers. Yet sometimes, they end up showing the plotline of the film. In such cases, the viewers can guess the movie’s ending based on the trailer. Ant-man and the Wasp Quantumania trailer did the same. The trailer is said to have revealed so much to the viewers beforehand. Let’s look through the spoiler in this movie.

Kang, the conqueror in Ant-Man & The Wasp Quantumania

Kang is a multiverse time-traveling being that can travel through the multi-dimension. Ant-man (Scott Lang) is said to fight Kang in the movie. Kang promises Scott the time he lost during Thanos’s invasion. Scott wants his five years back and agrees. The trailer shows us that Kang and Scott make a deal. Janet warns Scott of the consequences of trusting Kang. Kang asks for Scott’s assistance in exchange for time, and in the trailer, we can see that Kang didn’t uphold his part of the deal.

The offer wasn’t a mystery, but the specifics were because Kang had made it clear in the first teaser that he would take Ant-Man back home and give him some time in exchange for his assistance. Even though the final trailer gave away too much about the contract between Ant-Man and Kang, there will still be some surprises because neither the specifics of the arrangement nor the circumstances surrounding Kang’s betrayal of Ant-Man are known. However, it is no longer shocking when an MCU trailer gives away too much of the story, Ant-Man, and the Wasp: Quantumania can still amaze its viewers in various ways, given all the characters, ideas, and issues that will be covered.

The movie is set to release on February 17th, 2023. the cast includes

Watch the trailer below : 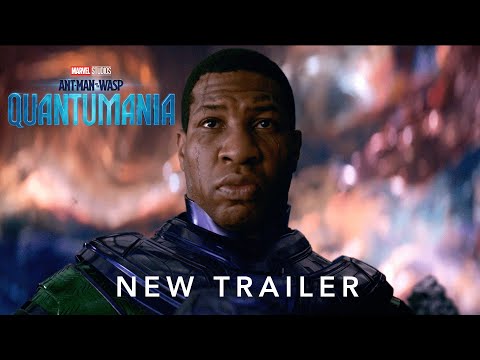