Season 2 of Altered Carbon is in the production phase already. But it is likely that the fans will only get to watch it in 2020 when it streams on Netflix.

Netflix Altered Carbon season 2: When is it coming back?

The show’s filming began in February last year and is expected to complete this month. The post-production of the show will need the same time and is speculated to release by 2020. The producers have not said anything about the show’s return yet. In July 2018, Netflix confirmed that the show would return with another season.

Who will be in the cast of Season 2?

Altered Carbon season 2 cast members will include Takeshi Kovacs and Anthony Mackie. Joel Kinnaman won’t return to reprise his role. The show features the technology of preserving the consciousness of a person in a cortical stack. This can then be transferred to another body or “sleeve” when the original vessel is fatally harmed. This is the sole reason for Kovacs to have a new face in Season 2. 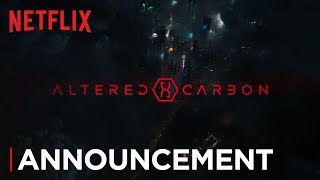 Well, the fans were pleased with Kinnaman. But sadly, it is not possible to take into the needs and considerations of every person. Even Kinnaman agreed to the decision as it was necessary for the show. He said,

That was always the intention of the show, and I thought that that was a very cool concept, that the character would continue, but a new actor would play him for each season.

It seems that there are a lot more surprises in store for the fans.