Alita: Battle Angel 2 release date is something that all the fans of the movie are waiting for and looks like it’s going to get longer. It will be very soon one year since the first Alita movie released in theaters and to be honest movie sequels take a lot of time to come out. Fans are panicking as in Alita 2 has been scrapped and there will be no more movies in the series.

I just bought 2 Alita 4k at BestBuy, one for me and one for my brother.. Edit: I don't have a brother, I just want an Alita sequel. pic.twitter.com/uybM7iKDPL

If we take recent examples, Bad Boys for Life took 17 years after the second movie in the same series. Hence, we must have faith in the makers James Cameron and Robert Rodriguez. Even the Alita actress Rosa Salazar has confirmed that Alita: Battle Angel 2 is in works, but the sequel could take around 2023 to get a trailer and release date.

Rosa Salazar who played the character of cyborg Alita in the first movie shared a lot of details about Alita sequel and explained the reasons for the project getting delayed. Disney brought 20th Century Fox and the two studios are merging now, the Mouse is taking over all the Fox properties and its a very lengthy process. Salazar told that the Disney-Fox merger is taking a lot of time and due to it so many projects are delayed.

Also, Alita: Battle Angel was not that huge of a box office success which is also why the sequel could take some time to come out. Despite all of that, even if Alita’s second movie is given a go, the production, filming and special effects at this level will take at least 2-3 years and the movie won’t be out in theaters before 2023-2024.

Alita: Battle Angel sequel will happen for sure given how the movie has been hit on digital and home media sales, and the recent Fox cable network premiere also received a lot of views.

Hello Disney, I hope you see here´s a passionate fanbase of Alita fans fighting for a sequel. I never cared if a movie got a sequel till I saw Alita. This movie was something unique, it touched a point in my soul I wasn´t even aware it exists before. #AlitaSequel #AlitaArmy pic.twitter.com/ALIaE6gsLa

Most of the fans who have watched the movie has loved it, and they have also started Twitter trends in support of a sequel along with a petition asking Disney to hurry up with Alita Part 2 movie. Still, the earliest release date possible for Alita Battle Angel 2 trailer and premiere will be 2023 or later. 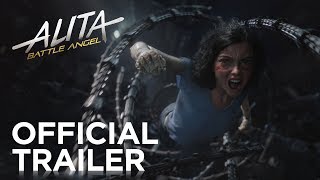