Area 51 in Nevada is one of US Government’s best-kept secrets. The facility is long assumed to be a place where the government has actually captured aliens and extraterrestrial creatures and kept them hidden from public view. A large number of people who believe in extraterrestrial life have often floated this theory that this indeed true and that there are aliens locked up at the facility.

Now, over 300,000 people are looking forward to raiding Area 51 to finally get to see the aliens. Let us take a closer look at this and see what’s up: 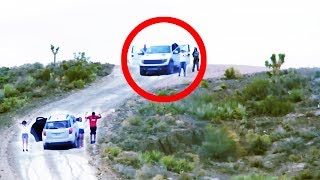 Storm Area 51, They Can’t Stop All of Us

The headline above is also the title of the Facebook event where over 300,000 people have signed up to ‘storm’ the facility. The event is inspired by Naruto Run, where people just run like the character with their arms stretched towards the back and their head stretched forward.

The event, which invites people to join in large numbers, claims that ‘we can move faster than bullets’.

Moral of the story so storming area 51 is dumb asf but yk what, what is being human without being dumb 😌

Will People Actually Be Able To Raid the Facility?

There have been multiple theories about Area 51 in the past but none of them have really been proved so far. However, in 2013 it was officially declared a ‘military site’. Nevertheless, people are still joining the event in large numbers and are looking forward to enter the facility on the 20th of September.

This attempt to enter Area 51, however, will easily be thwarted by the government even if people actually try doing this!