The third series of Ackley Bridge released on 18 June on Channel 4. Here are more details about the cast, plot, trailer and all about the school drama.

Earlier, it was announced by Channel 4 that Season 3 would return in 2019 and they fulfilled their promise. The series will consist of eight episodes and air weekly on Channel 4 and AII4 every Tuesday. These channels are also streaming the first two seasons of the show. Commissioning editor of the show Manpreet Dosanjh said,

We’re thrilled that our beloved Ackley gang are returning to Channel 4 next year for what is sure to be another joyful, outrageous and unmissable series.

Who will be in the cast of the show this season?

You can expect to see all the main character along with some new additions to the show. The members of the cast include Mandy Carter (Jo Joyner), Sadiq Nawaz (Adil Ray), Emma Keane (Liz White), Missy Booth (Poppy Lee-Friar), Nasreen Paracha (Amy Leigh-Hickman) and Samir Qureshi (Arsher Ali).

What to expect in Ackley Bridge Season 3?

In Season 3, the fans would see Nasreen Paracha (Amy-Leigh Hickman) interview to get into Oxford University. However, this may lead to some problems between her best friend Missy Booth and her. The two realize that their lives are meant to be very different.

Meanwhile, Monday Carter deals with the new members of the staff. She initially believed that they would be excellent additions only after realizing that she was given the dregs of Valley Trust. 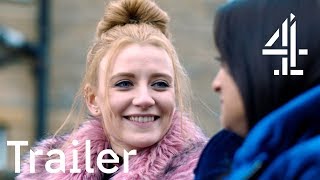