New York has passed a law so as to protect the access to abortion by women. The bill has been passed on the 46th anniversary of Roe V. Wade. It was 46 years ago when the Roe v. Wade decision was issued by the Supreme Court thereby legalizing abortion.

This had therefore led to the misconception that the Supreme Court alone determines that whether abortion is accessible or not.

According to the old law abortion had criminal penalties and the doctor as well as the professional could be held liable criminally.

It is to give them the basic right to be able to make the decisions related to healthcare. The abortion protection bill marks as a historic vote to protect not just the rights but also the autonomy of the women.

The reproductive health care has been observed as a fundamental right by the Reproductive Health Act. It also recognizes the range of medical professionals that the women can approach during reproductive concerns. This will thus expand the access to early healthcare by women.

The other side of the Abortion Protection Bill

However, despite all the good that the abortion protection law has got, it still has certain disadvantages. According to Nicole Malliotakis, the State Assembly Rep. The bill actually expands the abortion up to birth as well as third trimester.

Moreover, the abortion protection bill also allows the medical professional other than the doctors to perform abortions which might be risky as it requires licensed physician.

Removing the criminal code from the law will now mean that even if the fetus dies because of an assault on a woman, she cannot put charges against it. 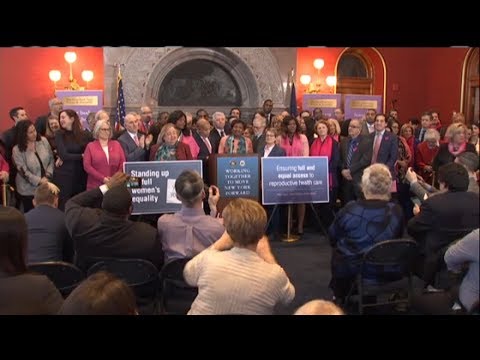 Read more:  People Share What They Found Thrown Away And The Phrase ‘One Man’s Trash Is Another Man’s Treasure’ Has Never Been So Real
Share this article
FacebookMessengerWhatsAppPinterestTwitterShare
Ketakee Srivastava January 25, 2019
Share to...
BufferCopyEmailFacebookFlipboardHacker NewsLineLinkedInMessengerMixPinterestPocketPrintRedditSMSTelegramTumblrTwitterVKWhatsAppXingYummly