The World Series games tend to get ugly every once in a while. But the game witnessed the worst ever scene this Wednesday. Josh Davis, one of the Red Sox was happily enjoying Game number 5, when he witnessed a terrible incident.

Two Dodgers fans confronted Davis post game and stabbed him five times. Davis was brutally beaten up and suffered missing teeth and a fractured nose. Jos was immediately admitted in the nearby Cedars-Sinai Hospital.

One of the fans heard the conversation between the perpetrators and Jos. The Dodgers fan was shouting at Jos to Get Lost of LA because this country belongs to the Dodgers. Jos said that he might have been stabbed by a screwdriver. 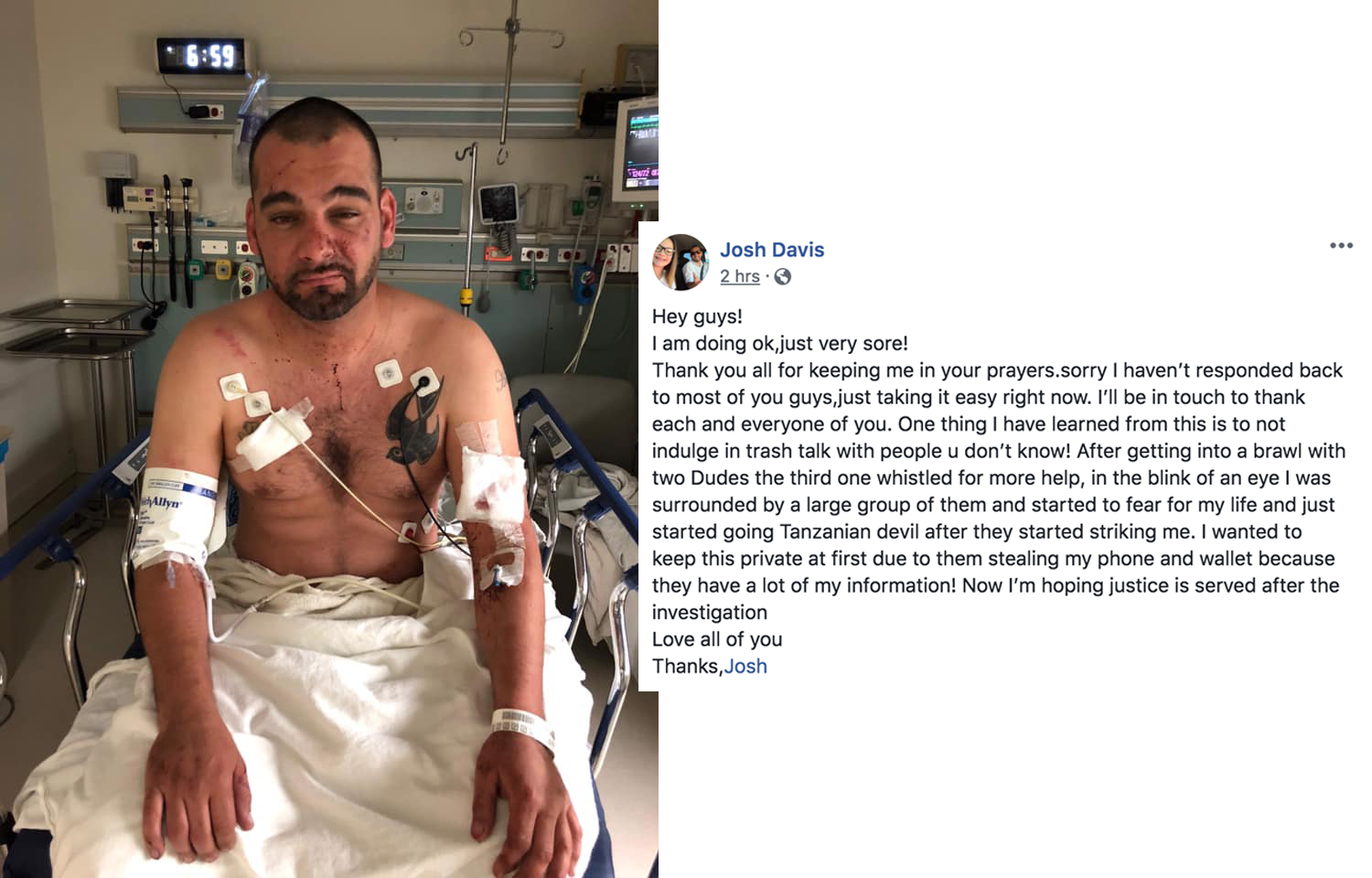 Jos Davis is native of Massachusetts and said that he highly respects Dodgers and this incident isn’t going to change his view for the team. He mentioned that he has got a lot of friends who are die-hard Dodgers fans, and he will not let any stranger ruin that for him.

The investigation is on for the assault and robbery.