If you have a pet, you would know what unconditional love and care look like. The people who live with a pet from a very young age are so lucky because they always have someone on their side. But the sad thing is that when we have a pet from a young age, we, unfortunately, have to see our furry friends passing away from old age.

But today, we are not here to talk about the sad part. We just want to make you feel happy by showing you pictures of cute dogs, cats, and other animals growing together with their partner. These cuties are an absolute bundle of joy and these pictures would make your day.

So leave everything that you are doing and see the precious pictures of these angels that we have compiled just for you.

#6 From skinny to chonky

Dr. Layla Esposito has said about the benefits of owning a pet;

“There’s not one answer about how a pet can help somebody with a specific condition. Is your goal to increase physical activity? Then you might benefit from owning a dog. You have to walk a dog several times a day and you’re going to increase physical activity. If your goal is reducing stress, sometimes watching fish swim can result in a feeling of calmness. So there’s no one type fits all.”

Time is a bittersweet thing. A lot of people have had their pets when they were really young, which means that they spent their entire childhood and teenagehood with their animals. It also means, more often than not, that they had to witness their friend pass away from old age. Having someone you love and cherish is an incredibly necessary thing when you grow up, but it comes with the inevitability of losing them one day. It teaches us an important lesson about loss and love, but I think most of us would prefer just having our animals outlive us instead.

But instead of focusing on the negative aspect of it all, let’s focus on the positive. What if, instead of just having to witness the loss of a pet, you could witness the rapid change they undergo when they grow from tiny little pup or kitty to a big hulking mass of fluff and sassy cat? Look no further, because we have a massive list of animals that grew up with each other and maintained their fluffy, adorable goodness. Just look! 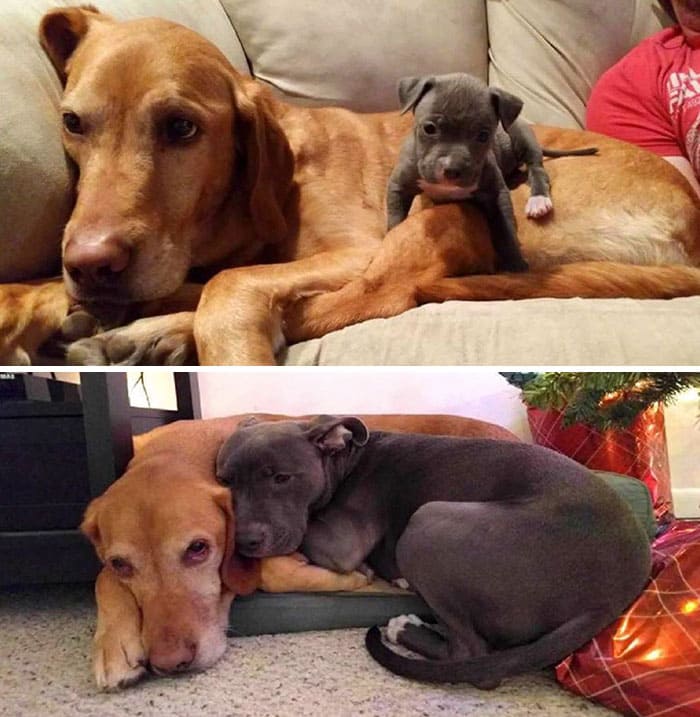 The writers over at Street Directory, said;

Dogs are friendly and they love human companionship. Whose ego would not be gratified at the sight of a happy dog who can’t wait to greet you at the end of a hard day? Your dog waits for you by the door, face smiling, mouth open, and tail wagging, ready to dote on you, his best friend in the world. Dogs are loyal and, as pack animals, they respond to the presence of a leader – you! Dogs are eager to please you in any way they can. When you’re feeling blue your dog will remain by your side silently comforting you. When you’re happy and excited, your dog will leap about you and share in your joy. 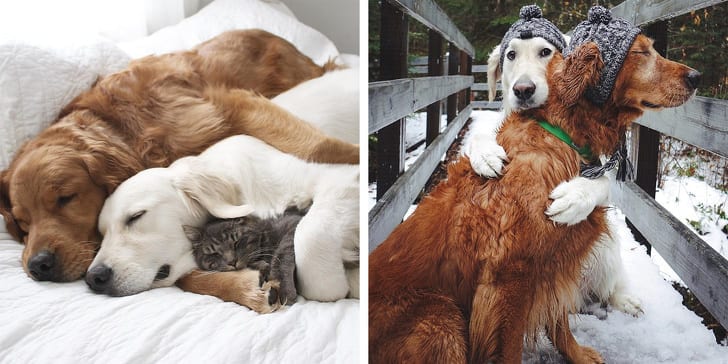 Dogs are playful. They love physical activity such as going for walks, fetching sticks, leaping into ponds, and racing wildly to and fro. Dogs will join you for a jog or for a day in the park or even for an exuberant game of frisbee. Yet dogs can also be soft and cuddly and ready at any time for a loving pet and a reassuring hug. They’re affectionate and they’re soothing to stroke, plus most dogs can also remain calm when necessary and be tolerant of small children who don’t yet know how to be quiet or to behave gently around animals. Dogs can be trained so that they can easily cohabitate with us in our human-built dwellings. They can also be trusted to act appropriately around other people and in public. Dogs can learn to save nature’s call for outdoor walks, to walk on a leash when on public roads where cars lurk, and to sit and to stay whenever and wherever necessary. 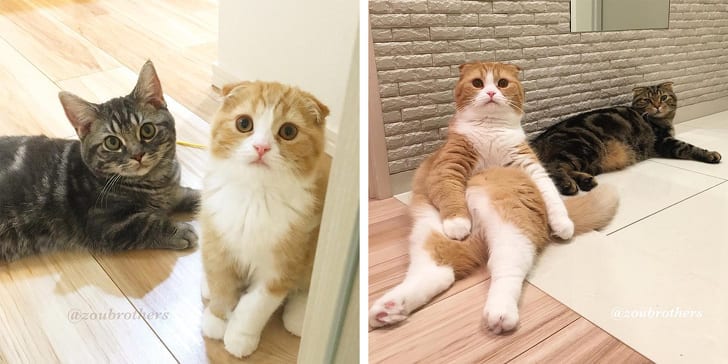 At Mental Floss, they outlined the weirdness of cats:

Scientists don’t quite know why cats purr, but one hypothesis is that the sound frequency of purring—between 25 and 150 Hertz—”can improve bone density and promote healing,” theorizes Leslie A. Lyons, an assistant professor at the School of Veterinary Medicine at the University of California, Davis, in an article for Scientific American. “Because cats have adapted to conserve energy via long periods of rest and sleep, it is possible that purring is a low energy mechanism that stimulates muscles and bones without a lot of energy.” 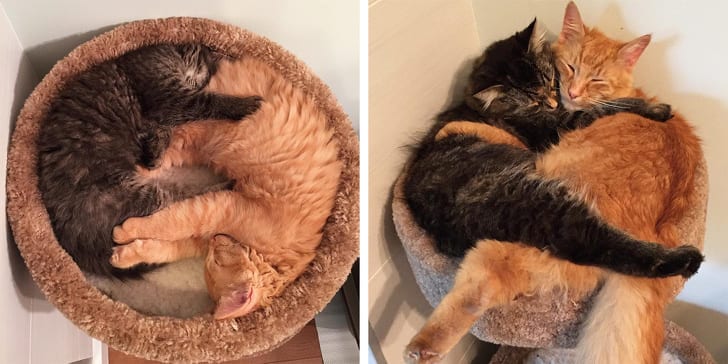 Also some of the stranger things cats have done:

In the 1960s, ambassador Henry Helb—who then lived in the Dutch Embassy in Moscow—noticed that his two Siamese kitties were arching their backs and clawing at one of the walls. Helb had a hunch that the cats heard something he couldn’t, and sure enough, he found 30 tiny microphones hidden behind the boards. Instead of busting the spies, Helb and his staff took advantage of the surveillance and griped about household repairs or packages stuck in customs while standing in front of the mics. The eavesdroppers took care of their complaints—and apart from Helb and his companions, no one was the wiser.

#6 From skinny to chonky 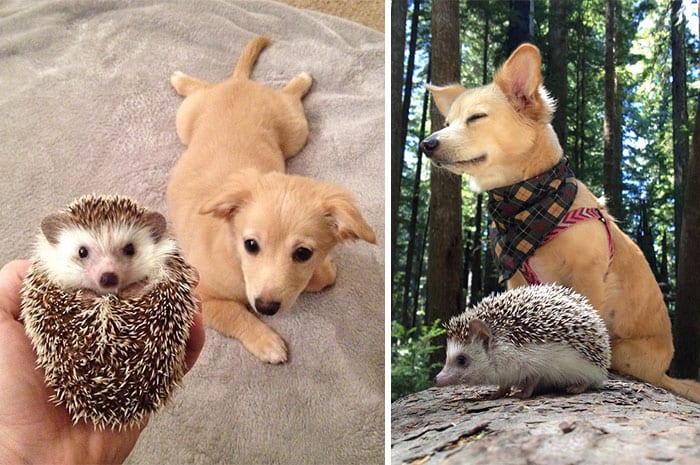 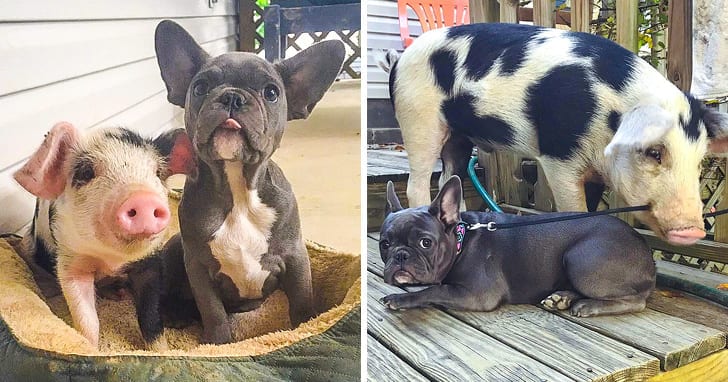 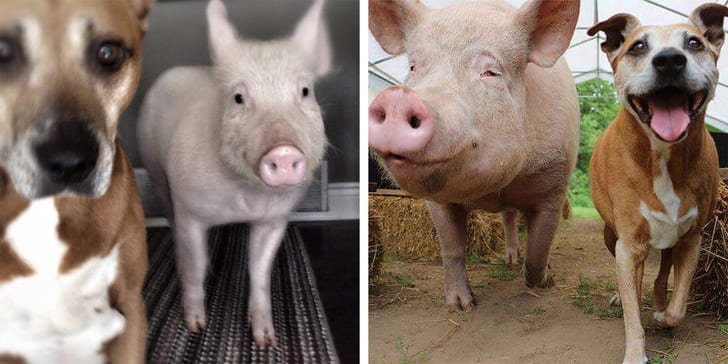 Dr. Layla Esposito has said about the benefits of owning a pet;

“There’s not one answer about how a pet can help somebody with a specific condition. Is your goal to increase physical activity? Then you might benefit from owning a dog. You have to walk a dog several times a day and you’re going to increase physical activity. If your goal is reducing stress, sometimes watching fish swim can result in a feeling of calmness. So there’s no one type fits all.” 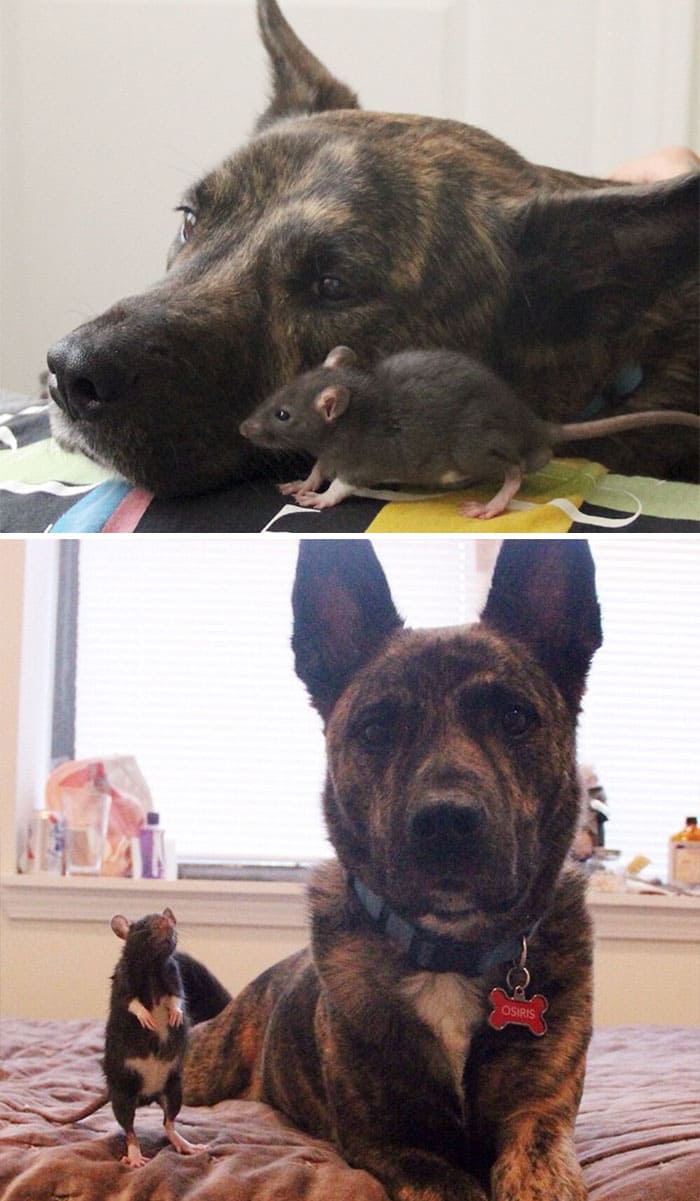 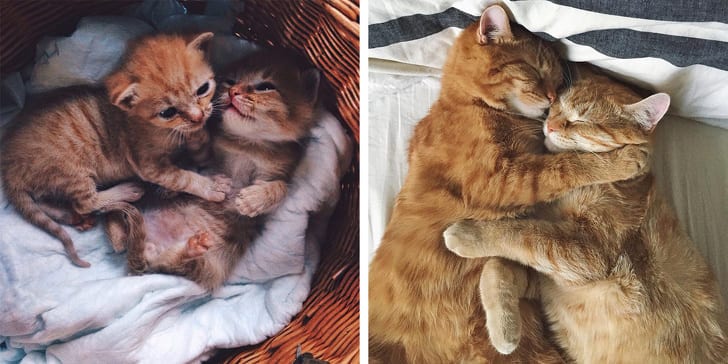 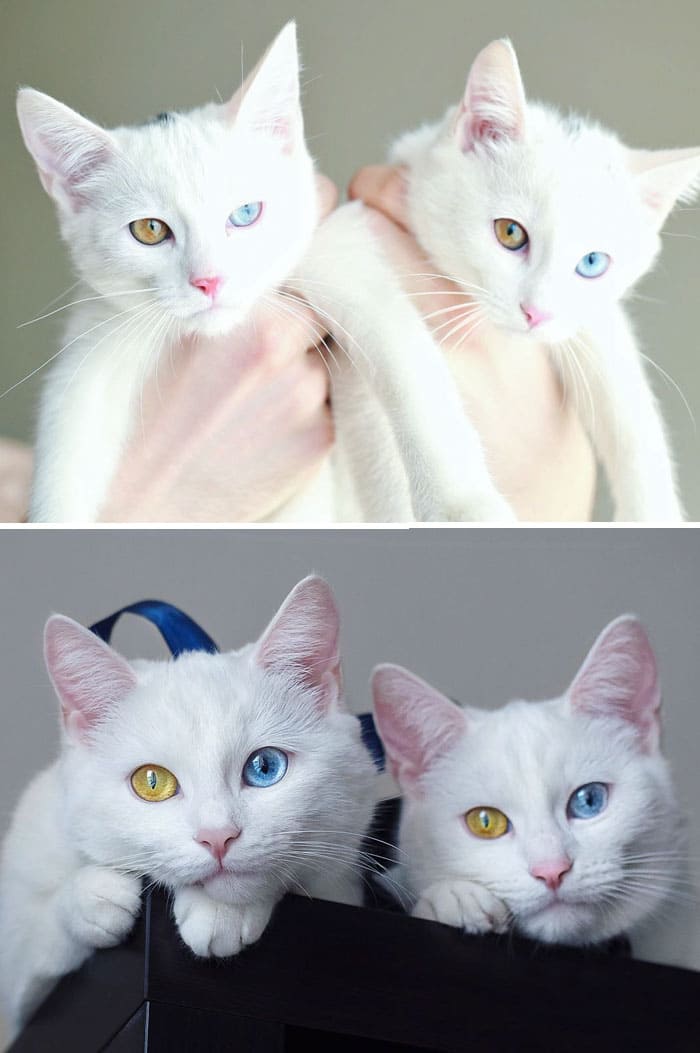 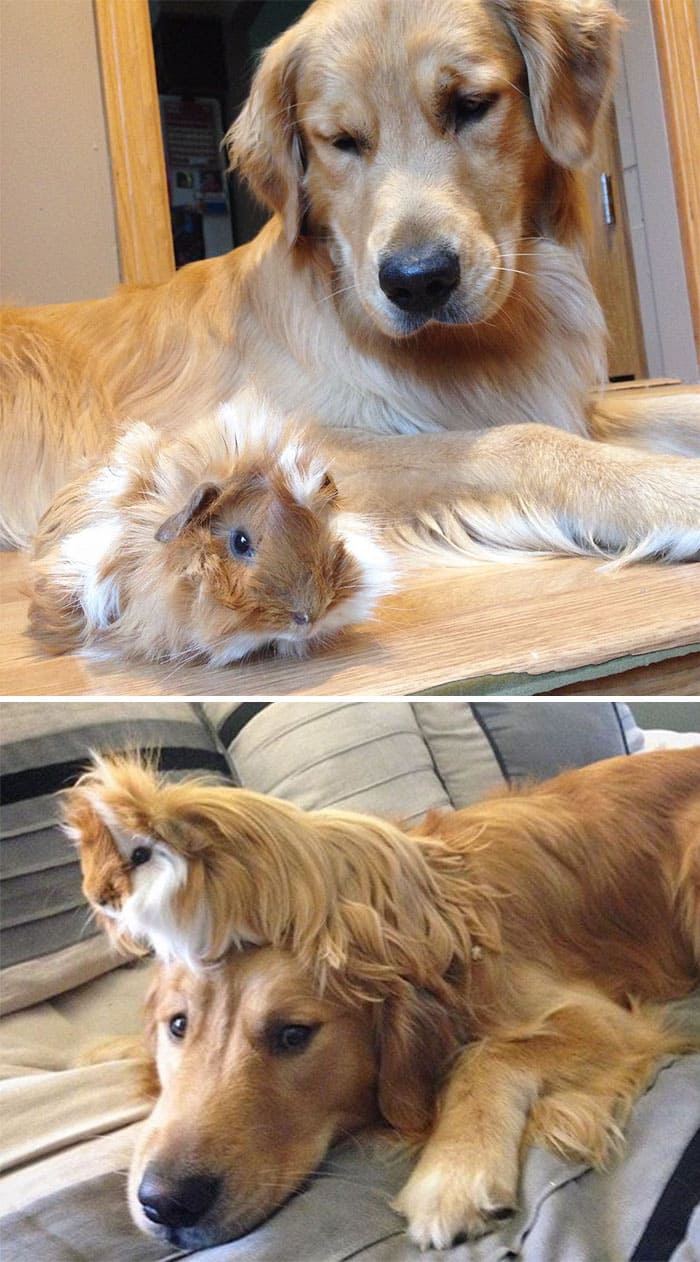 Dr. James Griffin was of the opinion;

“We’re trying to tap into the subjective quality of the relationship with the animal—that part of the bond that people feel with animals—and how that translates into some of the health benefits,”

Dr. Ann Berger is a researcher and a physician, and she said;

“Dogs are very present. If someone is struggling with something, they know how to sit there and be loving. Their attention is focused on the person all the time. The foundations of mindfulness include attention, intention, compassion, and awareness. All of those things are things that animals bring to the table. People kind of have to learn it. Animals do this innately.”

#27 When only one of you grows

Tags •adorable petsDogs And Cats Growing Up Togetherpets growing-up together