Each family has its secret. They have their quicks and quacks. But thinking those things are normal is maybe, not correct. And hey, if you think your’s is the weirdest family, then let me tell you that there are weirdest or strangest families out there. So, think again.

Below is a list of 25 things people’s families do that are not as normal as they thought.

How close are you to your siblings? “Brother and Sister (each about 16/17) sleeping half naked in the same bed. It wasn’t like “this is my side, that is your side”. It wasn’t a queen or king bed. It was a normal one person bed and they we all up in there together, all close and personal.” – Reddit u/deleted When DillonV was only 7-years-old, their parents had a marijuana grow operation in the basement. It took a SWAT team raiding the house for them to realize that not every parent had a small forest of weed growing in the basement.

“Our family would drink water using not only cups but also bowls. My friends were weirded out when they saw me drinking water from a metal bowl. I never knew my friend’s families did not do this sort of thing.” – Reddit u/Raisedshoulder

You really should greet your guests. This Redditor said that their mother never taught them or their brothers to greet people who came into the house. They had no idea that this was a custom until years after moving out.

Vandals in the night. “I once snuck my younger son and two very correct and proper nephews out of my sibling’s house to a dead tree trunk and we spray-painted a luminous face at the top of the trunk, so that the trunk and it’s branches looked like a man with arms stretched out, and a giant penis below.” – Reddit u/seedpod02

“A lot of people can’t seem to grasp the idea that everyone in my family actually likes each other.”

As a child of divorce, I’m always thrown when I see family members interacting with one another out of genuine want, rather than obligation. It’s been more than 25 years and it still weirds me out.

When driving lessons and mixology combine into one incredible underaged road trip. “After we were in the car for an hour, he asks me if I know how to make screwdrivers. I then proceed[sic] to make screwdrivers while he is driving. He lets me drink some of it. Then he gets drunk and decides it’s time I learned how to drive.” – Reddit u/letsbottlebohemia

Nobody wants to see that.

Reddit user lounsey said that when they were growing up, everyone in the house used to walk around naked. Not just from the bedroom to the bathroom but rather used to quite literally hanging around the house, buck naked.

Just try and order your favorite Starbucks drink without laughing. “When I was younger, my family called farting frapping. It was a confusing time for me when I thought the Starbucks frappacino was hilarious and no one could understand why.” – Reddit u/TurkAlert

Showing emotion isn’t as common as you might think.

Redditor arisraver said that when they were growing up, their parents never used to kiss. Not only that, but hugging wasn’t really a thing in their household, and people didn’t even say “I love you.”

Not everyone gets a home-cooked meal. “Cook dinner every single night, and on Sundays and Mondays cook breakfasts (my dad’s duty, and his days off). I was shocked when I realized the majority of my friends so rarely had home-cooked meals and all thought it was awesome or baffling that I always did.” – Reddit u/deleted

“My dad puts his wallet, keys and cellphone in the fridge and grabs them everyday before work. No idea why.” Well, that makes two of us. Maybe your dad like to feel the chill of the metal in his hands or perhaps the cool leather feels good in his back pocket? Your guess is as good as mine.

You don’t discuss family business outside of the home.

“My father was a career criminal. I was a regular witness to drug dealing and use, extreme violence, gun buying and selling and various other criminal enterprises.” – Reddit u/deleted Reddit user KarelVega said that growing up, he was taught to put used toilet paper in the trash bin. Suffice it to say he got a fast and hard lesson in proper etiquette the first time he visited his girlfriend’s parents.

A little wine is good for the soul.

“My Dad had a wine cellar. We drank wine at dinner fairly often when I was a kid. Now I live in San Diego which actually has a law forbidding parents to give any alcohol to even their own kids in their own home (under 21 I imagine).” – Reddit u/duckandcover

The more I read this, the more I just want to know, why? “We weren’t allowed to sleep with the fan on and our doors closed. If I left the fan on and my door closed, my dad would always open it before going to bed. Fan death is serious business in my family no joke.”

“Batteries go in the freezer, no questions asked.” Even before internet hacks were a thing, people loved sticking random objects in their freezers to preserve them. Everyone, I’m telling you now if it’s not food, your freezer isn’t going to do much to extend that object’s lifespan.

This one is definitely weird but wholesome at the same time. “My mom used to give us underwear for Easter along with a random assortment of other things we needed. When we were kids it was a way for her, a single mom, to make underwear and socks a fun gift as well as save money on chocolate bunnies and such. I thought that was normal to get underwear for Easter until I got into high school when I told my friends that my mom got me a thong for Easter.” – Reddit user mollylolly88

Now I kind of wish I got underwear for Easter.

I’ve heard this is fairly common for people who lived through the Great Depression. “Did your dad’s family grow up during the Great Depression? My grandfather did, and as a result, all his descendants are really cheap. When he died a few years ago, we went through all his stuff, and he had hoarded all kinds of (seemingly) useless stuff, such as scrap metal and random stuff that would only be useful in extremely rare situations.”

“Never talk about any problems ever, and just pretend they all don’t exist. Yeah, this doesn’t work too well.” Even though this is a sad thing to admit, it’s important to bring awareness to this issue. Don’t bottle up those problems and feelings, y’all! It’s important to communicate about them for healthier relationships.

I keep trying to picture this in my head and I just can’t — it’s too weird. “We have a stuffed felt turkey head/neck that we pin onto a pineapple (on its side, near the bottom) for a Thanksgiving centerpiece. Vaguely resembles a turkey (the leaves from the tail feathers). When I first told people about this, someone came up with the phrase ‘pin the absurdity on the pineapple.'” – Reddit user Margrave.

“Our animals talk. Rather, my mother has conversations with them that she makes up. Different voices for each one, too. My cousins are exactly the same.”

Awww, this is kind of endearing. I mean, don’t get me wrong, it’s a little weird too, but I think it’s sweet.

Many people with European backgrounds said this was the norm in their families, too. 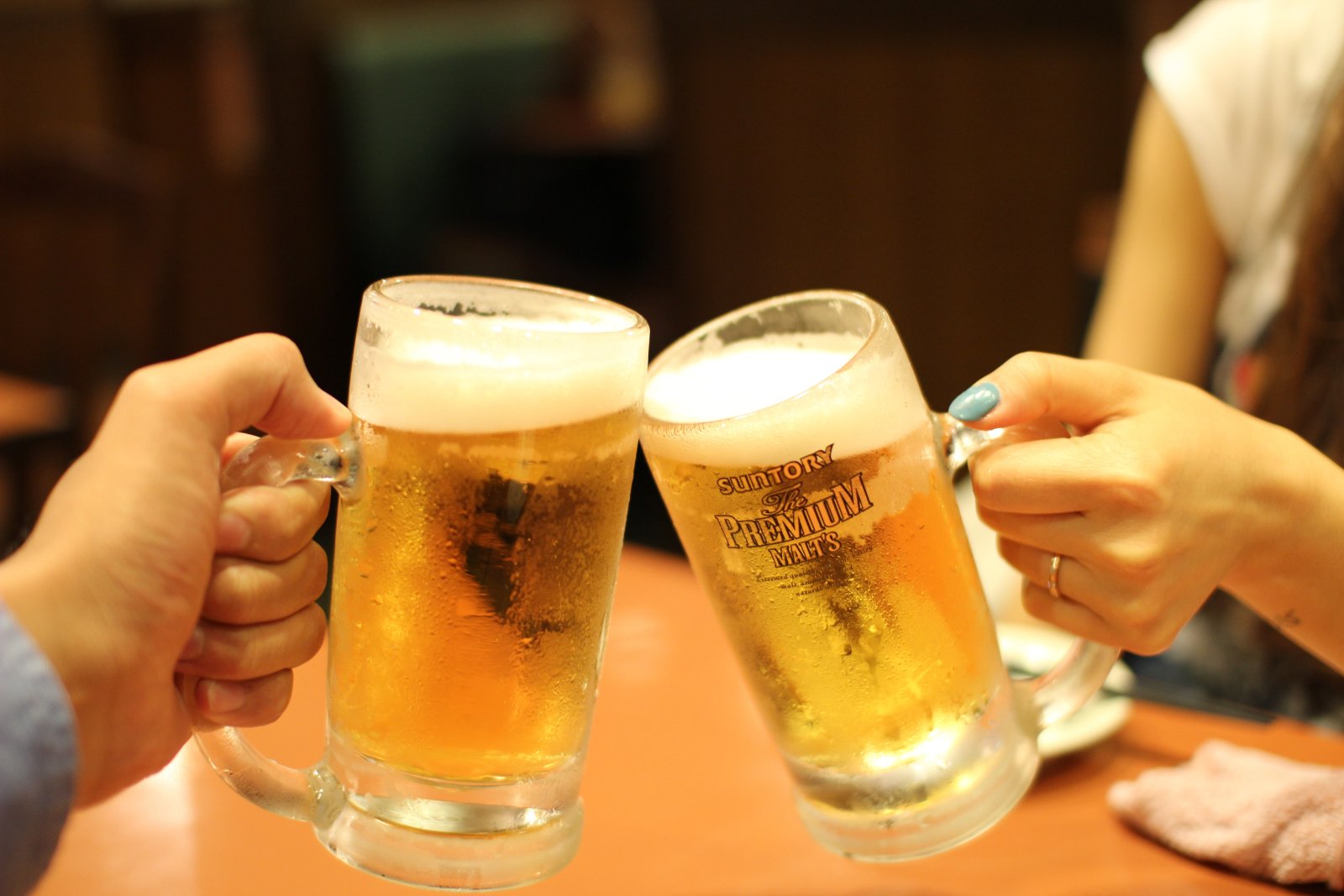 “I come from a German family and was raised with to drink beer since before I can remember. It started with a tiny glass and every so often I would get a bigger one until my grandfather gave me one of his giant steins with a lid on it.”

Okay, this might be taking color-coding to the extreme. “Individual colors for each child. My mom was kind of neurotic and to make our lives more organized she color-coded her children. All of my stuff (dishes/glasses/toothbrush/toothpaste/most of my clothes) [was] green. My brothers had blue and red. My sister had yellow. Hell, even my Christmas presents were wrapped in green wrapping paper. I was about 8 or 9 when I went to a friend’s house and he didn’t have a color. I was amazed.”

I just need to know if this person actually liked the color green. Imagine if they didn’t?

I also think this mom is very COOL.

“My mom would often burst into song and dance randomly. She once did this when I had a friend over. She lept [sic] onto a chair and belted the final verse. I didn’t think much of it until my friend turned to me and said, ‘Your mom is so COOL.'” – Reddit user EndCredits.