What are your weekend plans in #ESO? Are you planning on tackling an Arena? Upgrading your armor? Something else? Let us know in the replies 👇 pic.twitter.com/Q50e0U9zyc

Elder Scrolls Online Update 25 will bring one of the most anticipated changes by fans and it will be a patching haul. As per the reports, developers are already in the final phase of internal testing and there is no reason to delay its release any further.

ZeniMax Online has also finished the work required to make the characters and fixture load at a faster pace. They will also release phase 2 of behind-the-scenes combat ability improvements in Elder Scrolls Online Update 25. The Elder Scrolls gamers will soon get to experience the frame rate improvements including the multi-threading works. The makers have explained that it will help more game systems to utilize multiple cores and improve the overall performance of the game client.

Elder Scrolls Online Update 25 will bring so many changes at a bigger magnitude, that the game has to re-downloaded for a smooth experience. The Update 25 is in the final internal testing phase and Elder Scrolls developers are confident that they could release it in the first quarter of 2020.

The Elder Scrolls Online developers have confirmed that there are long term plans issue server optimization and stability improvements via Update 26 before the first half of the year. ZeniMax Online is planning to change the usage of pets resource processes in Elder Scroll Online updates to improve the overall gameplay.

When The Elder Scrolls online took 13h to download, which I have stayed up til 2am for….and then you add 3h of patching when I just want to play. 😭😭😭

Elder Scrolls Online Update 27 and 28 to enhance the frame rate and behind-the-scenes combat will be released somewhere in the second quarter of the year. Make sure you have the required space and memory in your device and keep the battery charged while updating and re-downloading the Elder Scrolls Online game. 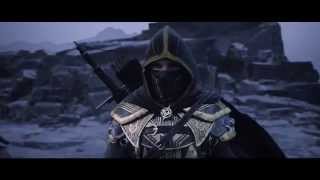