Shrek 5 movie is finally confirmed by the makers and fans could very soon see the next installment in this franchise. It is such a popular animated film that people will keep watching it in theaters every time it comes up with a new part in the Shrek universe. While the last Shrek movie came out around a decade ago, it feels forever to wait for Shrek 5 sequel.

Dreamworks and their new parent company NBCUniversal has confirmed that a fifth Shrek movie is in progress and it would release in theaters soon. The only reason Shrek 5 is not in the news is that the same animation team was told to work on “Puss in Boots” sequel first. Shrek 5 movie script is done, they have hired a new writer and director and also it will be a reboot movie whose story details are also out.

NBCUniversal after buying Dreamworks Studios for $3 billion planned to revive the Shrek franchise as they had big plans for the characters since the crowd loves and appreciates the green ogre movies. It is why Michael McCullers was hired to write the script for Shrek 5 with a fresh take on the storyline with the vision of making a Shrek reboot movie that stays closer to the original source materials.

Mike Mitchell (co-director of Trolls) and Walt Dohrn are the top names in the list to direct Shrek 5 who also have previously worked with McCullers and are also very excited about the new project. It simply means that Shrek 5 production is confirmed to start at one point and an official announcement will be made very soon.

Shrek 5 script is ready to roll as per the new writer and McCullers has totally reinvented the character. The fifth Shrek movie won’t be a direct sequel but it doesn’t mean that the previous movies will not be canon. Shrek reboot is simply telling the storyline from a different perspective, maybe jumping several years in the future and making one of the other characters as the central hero of the film. Shrek 5 release date is currently reported as of September 2022 if there are no more future delays. 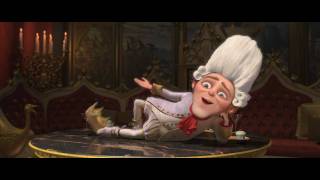