Josh Jones will soon be on his way to the team of Buffalo Bills after becoming a free agent for a few days. Jones is a former safety player for the team of Green Bay Packers who requested for a trade out. The Packers moved him out in the NFL roster cuts 2019 and he was available for a trade after that. The 24-year-old started his college career in North Carolina State.

Jones was then selected by the Packers during 2017 NFL Draft for the second round as the overall 61st pick. The offseason for Jones was kind of mixed and the Packers preferred other safety players over him. It is why Jones have met the Bills side and a trade deal between them is almost confirmed.

Packers Moved on from Jones

Even if Jones would not have asked for a trade, the Packers were going to remove him anyway. Jones played 16 games in his rookie year and made seven starts among them. The numbers were quite average with just 67 tackles, a couple of sacks, an interception, and five passes defended.

#Packers DB Josh Jones had asked to be traded… https://t.co/OETm9LjNyO

Former Packers S Josh Jones, a 2017 second-round pick, has gone unclaimed on waivers and is now a free agent.

In 2018 season, Jones appeared in 13 games and made five starts, with 55 tackles and just one sack. It can be said that the Packers didn’t give him enough chance but overall Josh was a disappointment to the team. Hence, the Green Bay side moved him out on August 25 and Jones became a free agent.

Buffalo Bills have a great defensive side and it makes sense for them to deepen it to the core. The Bills have a young and talented roster and Jones will be a great addition to the team. Jordan Poyer and Micah Hyde are the current safety starting safeties for the Buffalo team and Jones would be a great backup to them.

Josh Jones is one of the highest-graded returning pass-blockers at the FBS level this season. pic.twitter.com/A1hHGAI7zw

The Bills can rotate the players without any risk of injuries which can prove very useful near the end of 2019 NFL season. Buffalo Bills vs. New York Jets game on Sunday will test their bench strength and hopefully, Jones will get the chance to prove himself. 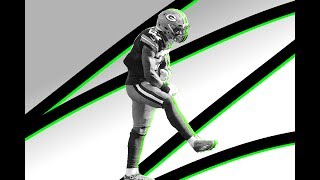