NFL 2019 season started with the opening game of Chicago Bears vs Green Bay Packers. In the only match on Thursday of Week 1, the Packers thrashed the Bears with 10-3 and are leading the season. NFL games are too fun to miss and not everyone likes it on cable due to limitations involved. It is best to watch the NFL games online and live to stream it from anywhere in the world. Here are the best ways to live stream 2019 NFL season games without any hassle of cables and wires.

Amazon Prime Video: It offers the Thursday night games which include the Week 2’s Bucs vs Panthers game as well as Week 3’s Titans vs Jaguars game. Although Fox and NFL Network also provide the same, Amazon Prime also provides a lot of other services including one or two-day delivery services along with movies and original series.

Hannah Storm and Andrea Kremer will become the first female duo to call NFL games, and they will do it for Amazon Prime Video’s live streaming coverage of 11 Thursday Night Football games, starting this week when the Rams host the Vikings.

Sling Blue: It is the cheapest option to live stream NFL games and just cost $25 per month. Even though it lacks ESPN meaning you might miss the Monday Night Football, FOX and other NFL networks are included. Sling Blue has a bulk of AFC games with Red Zone option at $10 per month available.

Red Zone: NFL Red Zone offers special Sunday screenings of the best games from 2019 season and more. It is specially used for a follow up to all the action for the week and tally the fantasy football scores. The best way to get access to Red Zone is to get Sling Blue at $25 and then add $10 on top of it.

NFL back tonight and the weekend red zone 👍👍🏈🏈🏈🏈🇺🇸🇺🇸🇺🇸🇬🇧🇬🇧 pic.twitter.com/2Wkj27U0pL

PlayStation Vue: It is one of the best ways to witness the live action from the NFL games which covers almost all the sports network and channels. The core package for Sony PlayStation Vue starts at $54.99 and covers every NFL requirements. CBS, NBC, FOX, ESPN and NFL Network are included in the service. For the fantasy football lovers, Red Zone is also available at just extra $10 per month.

Sunday Ticket: It is a service which is mostly linked with the DirecTV Now (now known as AT&T). The cost of Sunday Ticket $293.96 seems a bit higher but it will cover the entire NFL 2019 season and hence it is not much of  a big deal in terms of per month average cost. 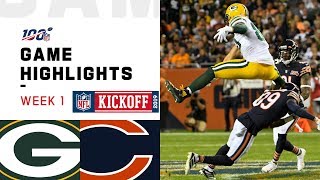