Can you imagine someone surviving without a heart? No, right? But there is a person who is actually “heartless”. All thanks to modern medicine that has provided us with everything. It includes everything from new vaccines to protect us from deadly diseases to groundbreaking cancer treatments. 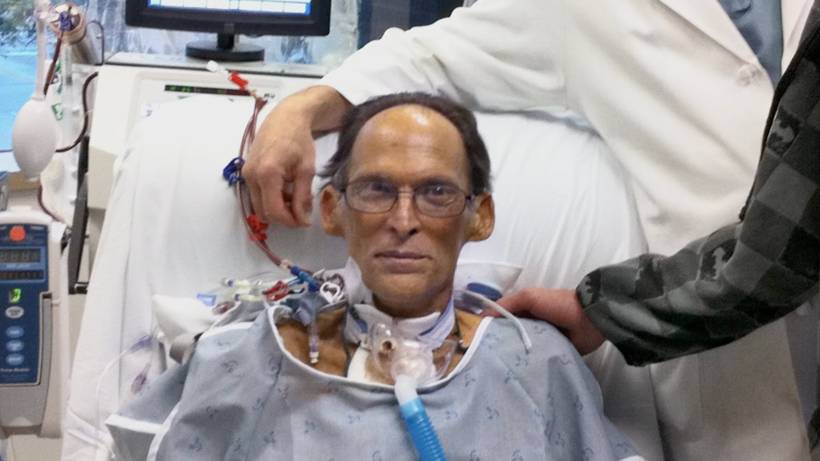 The story goes back to 2011 when doctors showed a machine that could allow a human to live without a heart, one of the body’s most important organs.

After unveiling the machine, multiple surgeons did trial and error to create a machine that wouldn’t break down or cause blood clots and infections. Fortunately, two doctors at the Texas Heart Institute have successfully developed a device that used whirling rotors to pump blood around the body without a heartbeat.

Dr. Billy Cohn and Dr. Buz Frazier first tested the idea in an eight-month-old calf called Abigail, removing her heart and successfully replacing it with two centrifugal pumps, which circulated the blood through her.

“By every metric, we have to analyze patients, she’s not living,” Cohn told NPR.

“But here you can see she’s a vigorous, happy, playful calf licking my hand.” 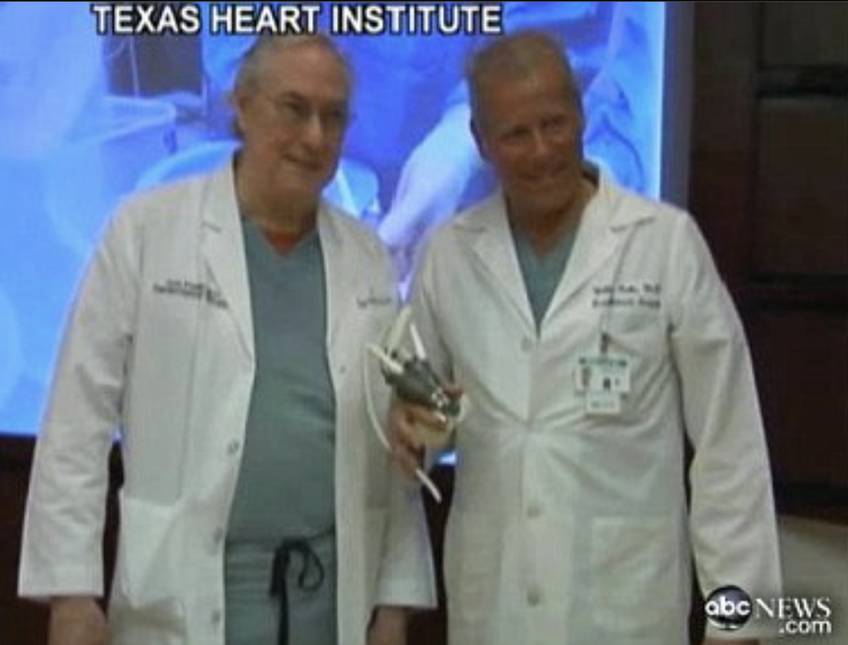 a 55-year-old man called Craig Lewis, who was suffering from amyloidosis, a rare autoimmune disease that causes a build-up of abnormal proteins and, in turn, rapid heart, kidney, and liver failure.

Lewis’ heart had become so damaged that doctors gave him about 12 hours to live, at which point his wife Linda suggested something drastic.

His wife Linda said: “He wanted to live, and we didn’t want to lose him.

“You never know how much time you have, but it was worth it.” 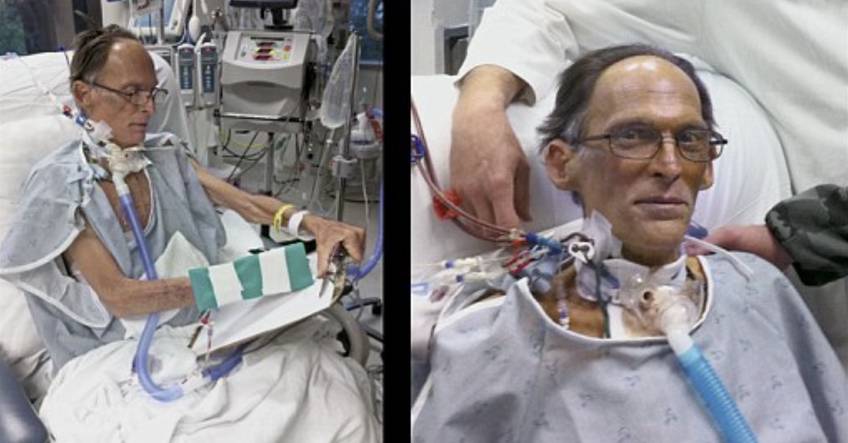 She then approached Cohn and Frazier, who removed her husband’s heart and installed the artificial device.

Linda said: “I listened and it was a hum, which is amazing. He didn’t have a pulse.”

She said her husband – who worked for the city of Houston, maintaining the city’s vast system of wastewater pumps – would have appreciated the pulseless heart cobbled together from various materials, with Cohn explaining: “Dacron on the inside and fiberglass impregnated in silicone on the outside.

“There’s a moderate amount of homemade stuff on here.” 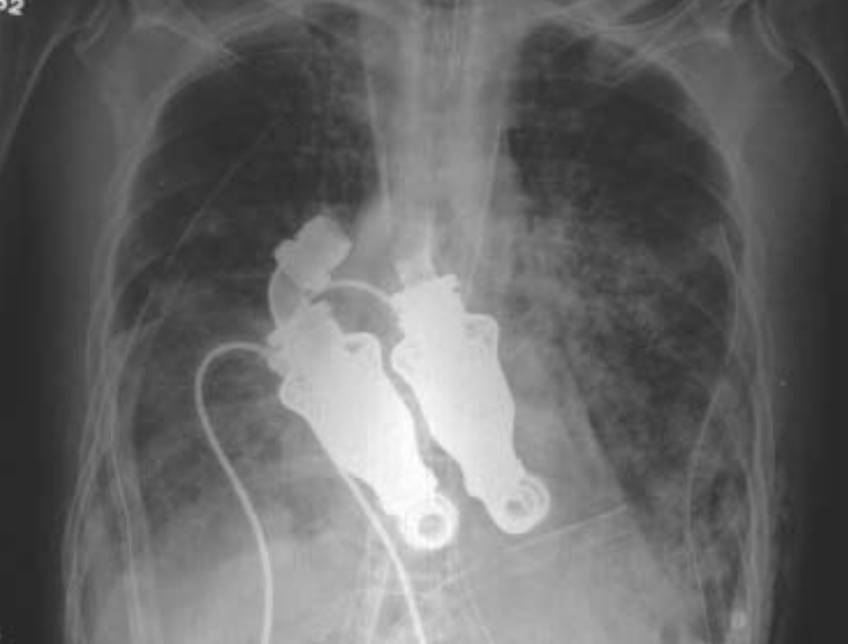 “We look at all the animals, insects, fish, reptiles and certainly all mammals, and see a pulsatile circulation,” Cohn added.

The only reason blood has to be pumped rhythmically instead of continuously is down to the heart tissue.

Cohn continued: “The pulsatility of the flow is essential for the heart because it can only get nourishment in between heartbeats.” 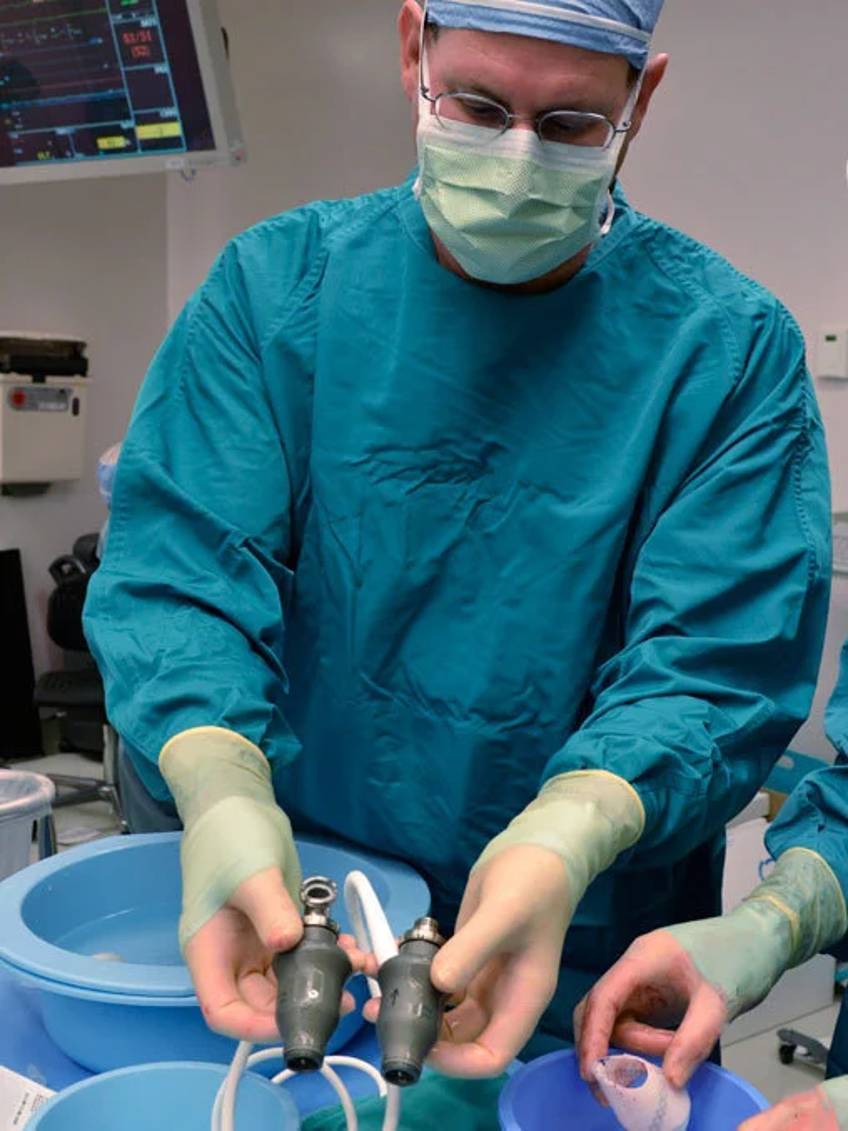 “If you remove that from the system, none of the other organs seem to care much.”

“After the procedure, Lewis woke up and began to recover – now able to speak and sit up in a chair.”

“However, his condition then began to deteriorate as the disease attacked his liver and kidneys, and he sadly passed away in April that year.”

“But he did manage to live for more than a month with the pulseless heart, with his doctors saying the pumps had worked flawlessly.”